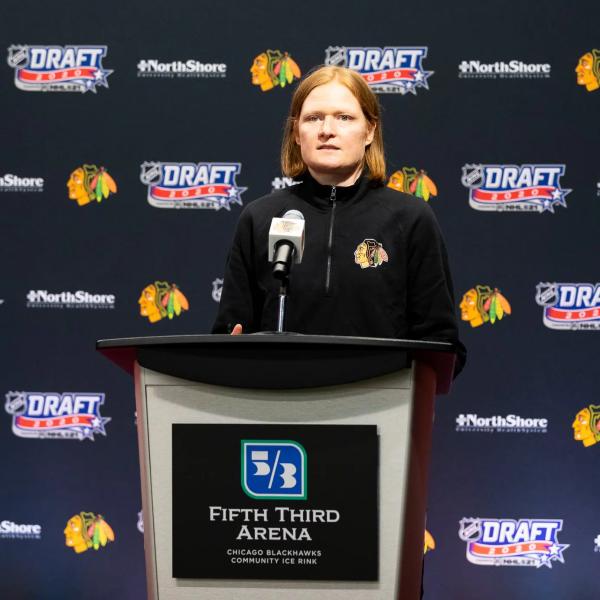 The Chicago Blackhawks made Meghan Hunter the fourth woman to serve as assistant general manager by promoting her on Wednesday.

The former The 41-year-old hockey player had held the roles of director of hockey administration and scout for the “Hawks” since 2020. She joined the Illinois team in June 2016 as an executive assistant to GM Stan Bowman, after a stint with Hockey Canada.

The Ontarian comes from a rather well-known family in North American hockey, with former National Hockey League (NHL) players Mark, Dale and Dave Hunter as uncles. She worked with the London Knights from 2008 to 2010, an Ontario Junior League team long associated with her family.

Mark Eaton will remain Kyle Davidson's other assistant this season. next.

She is the fourth female Assistant GM in NHL history. pic.twitter.com/osGDx1GGB1

“Meghan and Mark have played important roles within our operations for several years and we are fortunate to have them in these roles important and redeveloped. Their leadership qualities go well with the rest of the team and their knowledge of the game gives me full hope that we can achieve our goals,” Davidson said in a press release.

The Quebecer Emilie Castonguay and American Cammi Granato are the two women to serve as assistant GMs in the NHL, both with the Vancouver Canucks. Angela Gorgon, with the Anaheim Mighty Ducks, paved the way over 25 years ago.

“Meghan coached me through college. She is a hockey spirit and an amazing person. She shows up every day. Well deserved,” mentioned Castonguay on Twitter.