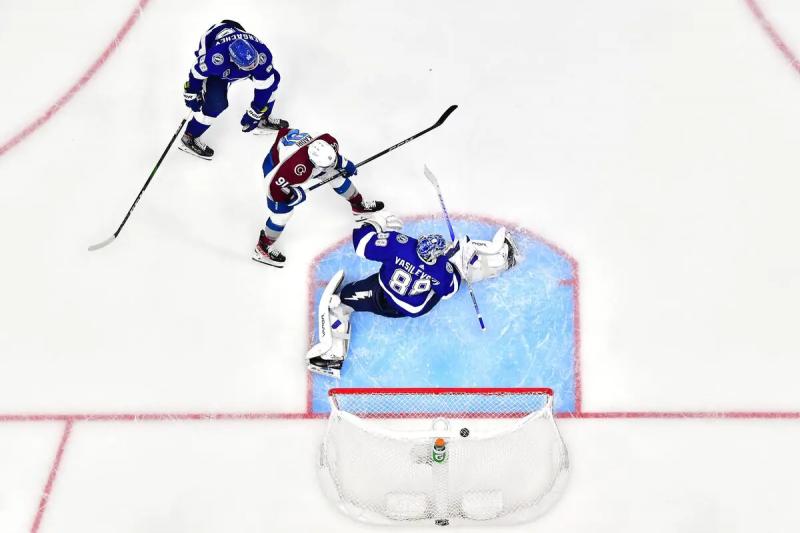 Colorado Avalanche forward Nazem Kadri did not miss his comeback last night, giving his team the overtime win in Game 4 of the Stanley Cup Final against the Lightning in Tampa.

In doing so, the Lightning, two-time defending champions of the competition, find themselves back to the wall with a 3-1 deficit in this best-of-seven series. For Kadri, who suffered a hand injury in the previous series, there was no better scenario.

“I felt pretty good, everyone is dealing with different injuries at this point in the year, so I told myself that I was going to endure and contribute to the efforts of my team”, he explained after the victory (see his press briefing in the main video ).

Admitting to having experienced a “roller coaster of emotions” since his injury, Kadri admitted that “sitting here is a bit surreal at the moment”.

“It's a brave performance, commented his trainer Jared Bednar. He was out of the game, put in a lot of effort to be able to come back. But to come back and play to the fullest of his ability like he did, that's not easy to do. (…) It shows how dedicated our guys are.”

His winning goal, scored on a breakaway after eight minutes of play in overtime, was confirmed in bizarre circumstances when many believed that Lightning goalie Andrei Vasilevskiy had managed to make the save when the puck was rather stuck in the top of the net.

A streak that began with a long pass from Avalanche goalie Darcy Kuemper.

“We had been in their zone for a bit and they looked tired, so I just tried to get the attack going quickly to get ahead of them,” Kuemper said. “Lekhy” (Artturi Lehkonen) was able to pass the puck to “Naz” (Kadri) who made a big play to finish the game.”

“I was trying to go for the long side, I knew I could take a good shot and I would have a chance,” Kadri continued. I thought I had scored at the start, but Vasilevskiy misled me, I thought he might have it under his arm. He was sitting in his half circle, I thought he had it.”

“There were a few seconds of confusion, then I saw everyone jumping on the rink and that's when I knew it was confirmed, he added. It was a great team effort and I'm glad it got sorted.”

As for Lightning coach Jon Cooper's criticism of the validity of the goal, believing that the Avalanche saw too many men on the ice at that time, Kadri said he did not understand what he was talking about, sticking to recalling that “the puck is in the net, end of story”.