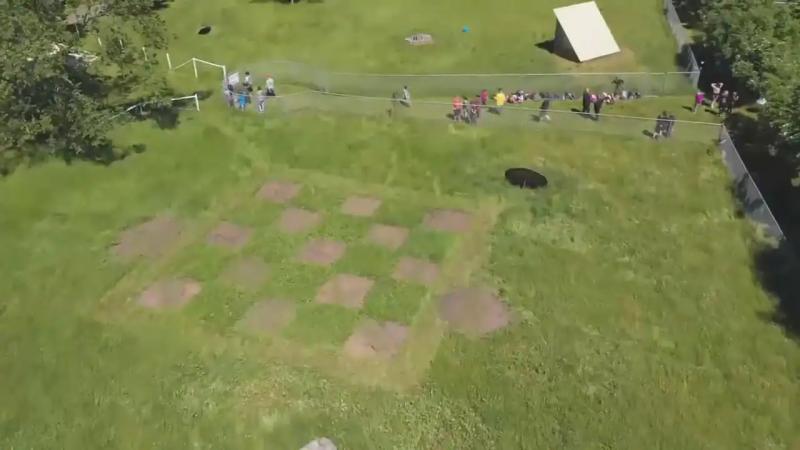 Students at a school in Métis-sur-Mer, in the Bas-Saint-Laurent region, have developed a particularly special project this year; they designed a giant vegetable quilt in the “sheepskin” enclosure of the Jardins de Métis.

The 30 students of the Cheminots de l'Envol primary school worked on the project throughout the school year and spent a fortnight at the Gardens to work on their seedlings, in addition to going to school there.

“The children were motivated to discover new things. It was really about looking for another side of teaching,” explained the teacher at the Cheminots de l’Envol school, Valérie Piché.

The teaching of French, mathematics, ethics, history and science were also an integral part of the project. “You can learn about plants, botany, English and French, about biodiversity and climate change,” listed the general manager of the Jardins de Métis, Alexander Reford, who likes to encourage projects that help consolidate the Gardens and learning.

In fact, the students said they learned a lot during the project. Léo Tanguay, who is finishing his elementary school this year, now has a good foundation in horticulture.

“I learned that certain plants had to grow in a greenhouse,” he proudly pointed out. And sheep can't eat flowers.”