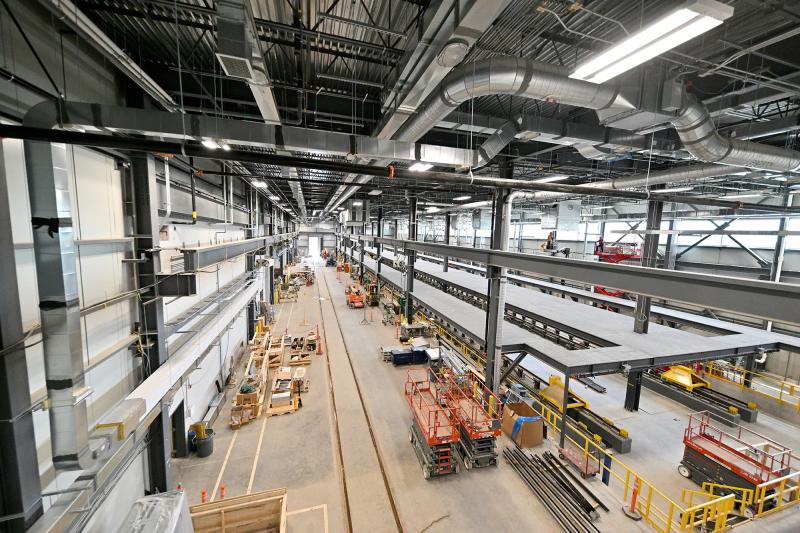 New problems in the Mount Royal tunnel will delay the commissioning of the Réseau express métropolitain (REM) by a year and cause costs to jump even further, learned < em>Le Journal.

This is the third time in 18 months that the delivery of this electric train project piloted by the Caisse de Québec filing and placement is delayed (see below).

Work on the REM transit center in Saint-Eustache has been accelerated to prevent delays from being even worse than expected.

Rather than opening from autumn 2023, three-quarters of the stations (20 out of 26) will not be operational before December 2024.

The first tests of the electric train cars on the Rive- South of Montreal, in June 2021.

“The tunnel represents particular challenges due to the century-old explosives that we found in 2020 and an advanced state of degradation,” explains REM spokesperson Jean-Vincent Lacroix.

After the explosion of old explosives in 2020, additional security measures had to be taken, which delayed the work. A second explosion has even taken place since.

“We wanted to open the tunnel in the fall of 2023, but we saw that we could not start the tests before the summer of 2024”, says Mr. Lacroix.

Problems with the construction of the tunnel under Mount Royal are causing additional delays for the opening of several stations under construction, such as here in Saint-Eustache

However, these tests to run the trains last six months, which leads in December 2024. “That six months is incompressible,” assures the director of the Deux-Montagnes branch of the REM, Jean-Philippe Pelletier.

Since the tunnel is right in the center of the network, this had an impact on the schedule for the entire portion north of downtown Montreal.

Until very recently, the Caisse promised the following commissioning schedule:

“Until the tunnel is not delivered and is not tested, even if the infrastructures are ready on the other side, I cannot deploy the REM elsewhere”, indicates Mr. Pelletier.

He says he is hopeful to meet the new deadline. “All the significant risks are now behind us, all that remains to be done is work”, he underlines.

The problems in the Mount Royal tunnel have already caused the bill for the project to jump by several hundred million. The Caisse recognizes today that the most recent estimate of $6.9 billion will not be respected, but is unable to assess the extent of these new overruns.

For what east of the link to the airport, no date of commissioning has been set.

It could have been worse, says Caisse &nbsp ;

Despite these new delays, the Caisse is pleased to have avoided a possible postponement of “two years” and entry into service in 2026, by reviewing the entire sequence of train tests on the network.

Initially, it was planned that the network would be put into service in five sections from south to north, starting in Brossard, ending in Deux-Montagnes.

“Because of the issues in the tunnel, if we kept the REM deployment scenario from south to north, we would have delivered the REM around 2026, which does not work”, explains the director of the Deux-Montagnes branch of the REM, Jean-Philippe Pelletier.

Thus, CDPQ-Infra, the Caisse subsidiary responsible for the project, has decided to accelerate the construction of its transportation center in Saint-Eustache.

According to Jean-Vincent Lacroix, this will make it possible to carry out tests north of the Mount Royal tunnel, without waiting for it to be operational.

This is the third time that the REM schedule has been reviewed since the start of the pandemic.< /strong>