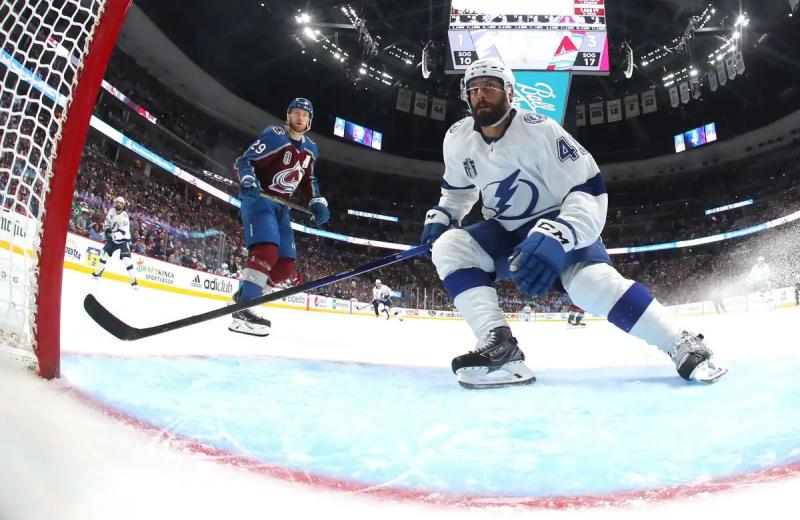 DENVER | There are players with fascinating personalities in the NHL. Pierre-Édouard Bellemare has never obtained the status of a big star, but he stands out for his unique character and his atypical career.

At 37&nbsp years, Bellemare knows that there is a longer road behind him than in front. He still has one season left on his contract with the Tampa Bay Lightning. Arriving late at age 29 with the Philadelphia Flyers, he will be in his ninth campaign in the best league in the world.

For a few years now, the center has been answering questions about its plans after hockey. He has more than once been predicted a career behind a bench.

“It's funny because I've often been asked the question of whether I wanted to become a coach,” replied Bellemare. With all my organizations in the NHL, I have always been told about this subject. It could come from a coach or a leader. They advised me to tell them about my plans the day I stop playing hockey. I have often been told that I was to end up as a coach. »

« I would be a little radical »

Bellemare would have the knowledge to practice this profession, but not necessarily the courage to work with the new generation of players.

“I've never been interested in coaching,” he said. I don't imagine myself as a coach. My biggest problem is patience. You have to understand that it's not normal for me to be here in the NHL. I got there by working like a jerk. I have injured myself quite often. There is a word that I have never accepted and that is the word “but”. »

« So, if I end up as a coach, I should teach a player my way of seeing the game. I would be afraid that a player would come back to my game and tell me a “yes, but”. There, I would have difficulty. I'm allergic to that with my kids. It would get even worse with players. I love sports, but my biggest problem would be the “but”. As soon as a player says “but” to me after an explanation, I would tell him to go undress. I would be a bit radical. I would not become a good coach since I would end up with only two players on the bench. »

Against his old formation< /p>

After two seasons with the Colorado Avalanche, Bellemare signed a two-year, $2 million total contract with the Lightning. He obtained exactly the same pact as Corey Perry.

Chance would have it that he crossed paths with his former team on his way to the Stanley Cup Finals.

“Honestly, I don't think about that,” Bellemare said. I don't find it difficult. I stay focused. I've already lost the final once and I don't feel like going through that feeling again. Unfortunately, I find myself against my old team. But I suspected it could happen. The Avalanche have a good team. Yes, there are friends on the other side. The greatest sign of respect I can show is to give my 100% on the ice. ”

Colorado won the first two games of this final. Bellemare is therefore two more setbacks from reliving a scenario similar to that of 2018 with the Vegas Golden Knights against the Washington Capitals.

Will Jon Cooper and the Lightning deputies knock on his door to learn more about the secrets of the Denver club?

” Yes, they can turn to me, but our coaches are so talented. They have done a great job since the start of the playoffs to analyze our rivals. What they will say about the Avalanche, it will probably be the same vision that I can have on the players, the personalities or the system. They don't really need me. »