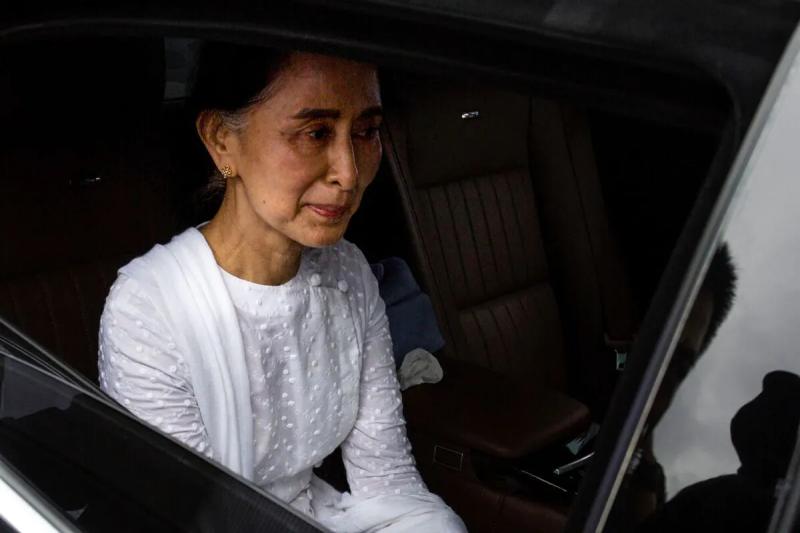 Disposed former Burmese leader Aung San Suu Kyi has left her house arrest to be placed in solitary confinement in a prison complex in the military-built capital Naypyidaw, the junta announced on Thursday. power.

“In accordance with criminal laws … she is being kept in solitary confinement in prison,” said Zaw Min Tun, a spokesman for the junta. , in a statement.

Since her ousting in a coup last year, Suu Kyi had been under house arrest at an undisclosed location in Naypyidaw, accompanied by several domestic workers and her dog, according to sources familiar with the matter.

The 77-year-old Nobel laureate was only out to attend the hearings of her river trial where she faces a total of dozens of years in prison.

Under the regime of a previous junta, she spent many years under house arrest at her family estate in Yangon, Burma's largest city.

In her current detention, her ties to the outside world are limited to brief meetings with her lawyers before the hearings.

She has already been found guilty of corruption, incitement to violence, violation of health rules related to COVID-19 as well as violation of the telecommunications law and a court sentenced her to 11 years in prison.