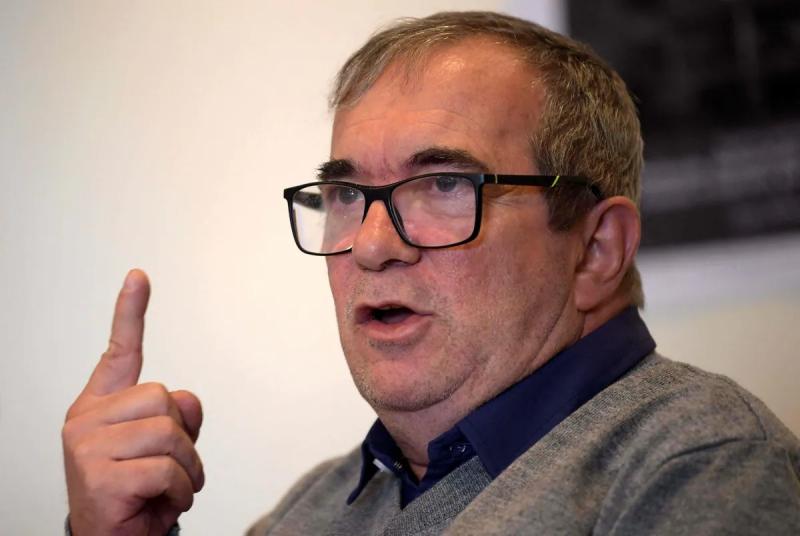 “Timochenko”, the former leader of the defunct Marxist FARC guerrillas in Colombia, admitted on Tuesday his responsibility for more than 20,000 kidnappings perpetrated by his group during the armed conflict.

Sitting in front of several former hostages and their families in a Bogota auditorium, Rodrigo Londono, alias “Timochenko,” took responsibility for those kidnappings, along with six other former top commanders of the Revolutionary Armed Forces of Colombia.

All are currently charged by the Special Jurisdiction for Peace (JEP), born of the peace agreement that ended the conflict with the guerrillas in 2016.

On behalf of the 13,000 fighters who signed this agreement, the former rebel leader recognized the “individual and collective responsibility for one of the most abominable crimes committed” by the Marxist organization.

They are “the result of a policy that has led to crimes against humanity and war crimes”, said the man who was the leader of the FARC at the time of their disarmament.

Politicians and soldiers who were victims of these kidnappings, and who served as bargaining chips against imprisoned FARC fighters , listened to the confessions of their former executioners, which they considered insufficient.

Oscar Tulio Lizcano, kidnapped in 2000 when he was a Conservative MP, demanded that his “jailers” shed light on the fate of the missing hostages.

“They should tell us the truth. We have forgiven, but that does not mean there is no justice, we want the truth,” demanded the 75-year-old former parliamentarian, who escaped his captors in 2008.

< p>“These crimes were the product of a policy adopted by the secretariat (management) of the FARC” and “committed directly by their subordinates”, commented judge Julieta Lemaitre, who chaired the hearing today.

According to the peace agreement, the former guerrillas must grant reparations to their victims and tell the truth to avoid prison.

The court will take at least three months to sentence the accused. If their confessions are deemed insufficient, they could be sentenced to up to 20 years in prison.

In May, around 20 retired army officers, including a general, admitted their involvement in the murder of more than 100 civilians, most often simple peasants whom they then passed off as guerrillas killed in action.