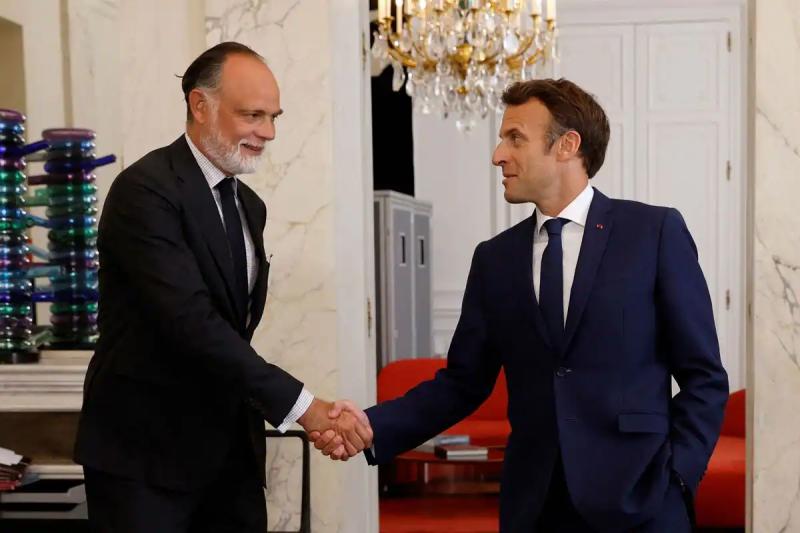 Forced into a compromise by the French, President Emmanuel Macron continued his consultations with the opposition and his allies on Wednesday, the hypothesis of a national unity government being considered, but immediately swept away.

Three days after the second round of the legislative elections, the political situation in France remained confused and complicated for the Head of State, forced to review his plans because he had failed to find a clear majority in the National Assembly.

Remained silent since Sunday, Mr. Macron, who enters a tunnel of international obligations (European Council, G7, NATO summit) from Thursday, consult all over the place.

He was due to receive senior opposition officials on Wednesday, the ecologist Julien Bayou and the president of the Assembly of the group La France insoumise (radical left) Mathilde Panot, as well as his ally and former Prime Minister Édouard Philippe, boss of the party. Horizons.

On Tuesday, he had received several other leaders of majority and opposition parties “to identify constructive solutions” to break the impasse, explained the presidency.

It's a bit like squaring the circle for a president, nicknamed Jupiter, because accused by the opposition of having had a vertical management of power in a France that has gone through several crises including that of the “yellow vests”.

For the President of the Upper House of Parliament, Gérard Larcher (LR, right), the country “risks being difficult to govern”. He called for “a profound change of attitude” from the president, in an interview with the newspaper Le Parisien.

The liberal centrist coalition, which had an absolute majority in the former legislature and on which President Macron relied during his first five-year term, retains only 245 seats out of 577 after Sunday's poll. The absolute majority is set at 289 deputies.

The rest of the hemicycle is divided mainly between the left alliance Nupes (around 150 seats), the far right (89) and the right (61 ).

Union or not union

The leader of the Communists Fabien Roussel indicated at the end of his interview on Tuesday that President Macron “considers (has)” the constitution of a “government of national unity” in order to find “the ways to get out of the political situation” in the Assembly.

Questioned by AFP, the far-right MP Marine Le Pen, beaten by Mr. Macron in the presidential election in April, also indicated that the head of the State had mentioned this lead.

But on Wednesday morning, this idea of ​​national unity seemed to have fizzled.

Marine Le Pen felt that “the situation does not justify it”, while on the right, at Les Républicains (LR), the secretary general Aurélien Pradié refuses what would be nothing more than a “forced marriage”.

For his part, the Minister for Relations with Parliament, Olivier Véran, excluded the far right and rebellious France from this majority, because they are not, according to him, “in the arc Republican”.

Plunged into uncertainty, France is not used to this type of scenario.

“We have a culture of conflict, rather than finding a agreement for the common good. And it would be quite surprising if that changed in this new legislature,” said pollster Jean-Daniel Levy.

The far right in force

While waiting to unblock the situation, Mr. Macron on Tuesday reappointed his Prime Minister Élisabeth Borne who had presented her resignation to him, the time to manage the adoption promised for the been measures to safeguard the purchasing power of the French, grumbling by inflation, in a tense international context.

But this appeared to be extremely weakened.

In addition, the 89 far-right elected members of Mrs. Le Pen's party took their first steps in the Assembly in the morning with the instructions: suit and tie and “serious”. In contrast to the more relaxed arrival the day before of the deputies from the radical left.

“The culture of a packet of noodles and football t-shirts, no thank you,” warned Marine Le Pen.