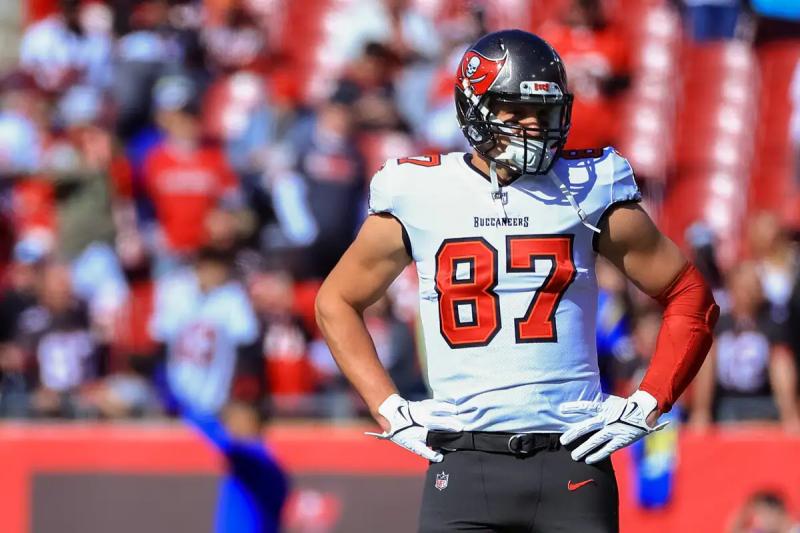 It is well known, “ Gronk” has already come out of retirement once to join his old accomplice Tom Brady in Tampa, to add a Super Bowl ring to his collection. In the case of the dominant tight winger, it was a fourth coronation.

Gronkowski, therefore, announced his retirement via his Instagram account. It only took a few minutes for his agent Drew Rosenhaus to hint that he wouldn't be surprised if Gronk came back along the way this season if Brady dropped a call. Or next season, if Brady is in Tampa…or somewhere else, for another fresh start.

< p>Anyway, it's not Brady, but Gronkowski that we're talking about here. Not only did he become one of the best tight ends in history, maybe even the best of all time, but he did what very few players in his position have achieved.

“Gronk”, in addition to his monster production on the field, is clearly the tight end who has transcended his sport the most. Outside of quarterbacks, few command such popularity.

He was able to attract a large audience with his magnetic personality, his friendly face, his colorful interviews and his outspokenness which stands out in a sanitized world.

Behind the character, he does not Never underestimate how seriously Gronkowski worked in training.

Several times during his career he had to overcome injuries. Whether it's the back, the knees, the ankles or an elbow. His paraphernalia of prostheses often gave him the air of Robocop. No one can question his passion for football, despite his propensity for partying. Nothing like a hard worker who knows how to both take pleasure in being serious and take his pleasure seriously!

As is the custom as soon as a great player hangs up his shoulder pads, there will be debate as to whether “Gronk” must be considered the best tight end in the long history of the NFL.

Let's quickly move on to the statistics. In 11 seasons, he caught 621 passes, in addition to amassing 9,286 yards and scoring 92 touchdowns. Some would argue that tight ends like Tony Gonzalez (15,127 yards), Jason Witten (13,046 yards) or Antonio Gates (11,841 yards) performed better and were more durable.

To measure the impact of a player playing in such a complex position by considering only numbers would be extremely simplistic.

Gronkowski, in addition to being highly productive, has been without a shadow of arguably the most dominant blocker. There is no other way to clearly demonstrate this than to observe his entire game, beyond the spectacular catches and glorious touchdowns.

True physical specimen , Gronkowski dominated his position like no one before him, exerting a monster impact on the collective performance of his people. He caused a number of headaches for opposing defensive coordinators. That's also what being a grown-up is, a real real one.

Permanent or temporary retirement, then? Who knows ! The only certainty is that when the train leaves the tracks for good, it will be for a final stop in Canton, Ohio, at the Hall of Fame. Until then, goodbye, “ Gronk ” !