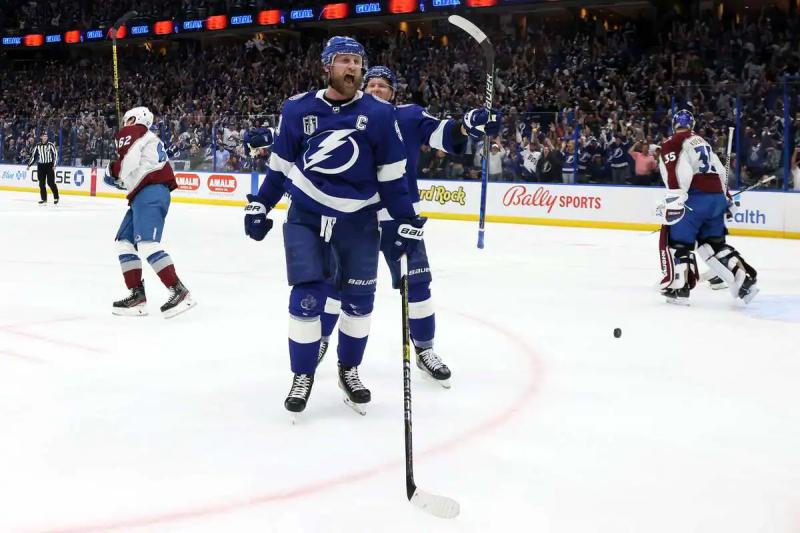 TAMPA | Three long runs, two abnormally short off seasons. Many of them wondered if the Lightning players hadn't come to the end of their rope.

On the eve of the third game of this Stanley Cup final against the Avalanche , Jon Cooper had maintained that the conquests of 2020 and 2021 had in no way mortgaged his troops.

Last night, they proved him right. Again led by the unit of Ondrej Palat, Steven Stamkos and Nikita Kucherov, Tampa Bay overthrew Colorado 6-2 on the ice of Amalie Arena.

A victory that allowed the two-time champions to narrow the lead of their opponents to two wins against one.

Acquired from the Ottawa Senators at the trade deadline, Nick Paul showed that he wanted to win his first Stanley Cup. Injured in a leg during a strange fall following a push from Josh Manson, the Ontarian spent his evening going back and forth between the locker room and the ice rink.

What does not did not prevent him from scoring the winning goal, practically on one leg, at the start of the second period.

At the other end of the spectrum, Pat Maroon, who is trying to get his hands on a fourth consecutive title, has proven that he is still hungry. The one his teammates call “Big Rig” had a two-point night.

He scored his team's fifth goal, the one who chased Darcy Kuemper out of the game. He was shown the way to the showers after yielding five times on 21 shots.

With the exception of goals from Maroon and Anthony Cirelli, who beat him by dropping the puck, the Avalanche goaltender is not the most to blame for this setback.

Palat , Paul and Stamkos hit the target as they found themselves alone between the face-off circles.

Kuemper's opposite Andrei Vasilevskiy regained his composure after allowed seven goals on Saturday. With the game still on the line, he robbed J.T. Compher of the pad once in each of the first two periods.

The game would probably have turned out differently if Cooper hadn't won his protest following Valeri Nichushkin's goal. The Lightning head coach's assistants saw the right thing by claiming that Bowen Byram had committed an offside a few seconds earlier.

This goal, scored at 4 min 56 s, could have broken the back of Tampa Bay. Especially since Gabriel Landeskog scored his first of the night less than four minutes later, which would have made it 2-0.

In fact, the Avalanche's two goals, Landeskog's record, were successful on the power play. Denver's massive offense has now hit the mark in 12 of its 17 playoff games.

► This loss was only the Avalanche's third since the start of the playoffs, a first on an opposing rink. As for the Lightning, he enjoyed an eighth straight win on his ice. His only loss at Amalie Arena was against the Toronto Maple Leafs.

► Likely injured in the lower body, Nikita Kucherov left the game with some five minutes to go.