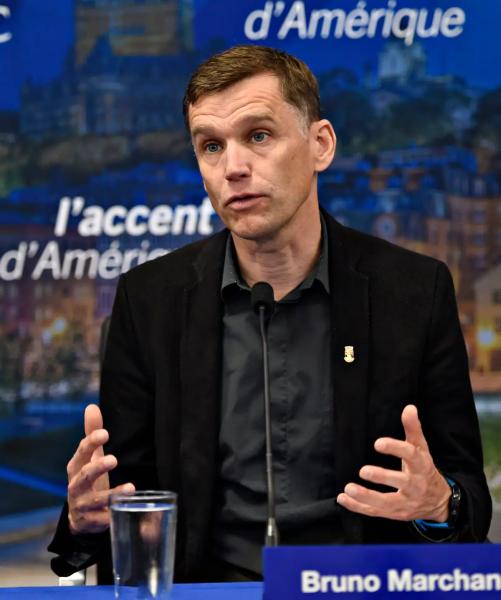 To deal with inflation, Bruno Marchand says he wants to take inspiration from Montreal to increase the city's revenues without increasing the tax burden on citizens.

This is what the mayor of Quebec announced on Tuesday afternoon, in an impromptu press release, a few minutes after the end of two successive plenary committees devoted to financial issues.

“We can increase revenues and I am not talking about increasing taxes. There are other ways. In Quebec (the City), we are 78% dependent on the municipal tax bill. In Montreal, we are at 63%,” he recalled.

According to him, “Montréal took from the law that was proposed by the Liberals at the time (Law 122 on the autonomy and power of cities) ways of increasing its revenues other than by taxing its citizens through direct tax on houses or businesses”.

“The least harm to citizens”

Bruno Marchand immediately ruled out the possibility of introduce, this year, an excise tax on gasoline, recalling that he promised during the election campaign not to take this avenue.

“There are different forms in the law of Martin Coiteux (former Liberal minister) which allowed cities to be less dependent on property taxes (…) There are options on parking lots, on registrations (… ) We look at what is most relevant, which hurts citizens the least and has the least impact for them”.

The mayor agreed that a new request to the government of Quebec for the transfer of another point of the GST to the Cities is “a possibility”. But this must be done, if necessary, in coordination with the Union of Quebec Municipalities (UMQ), he dropped.

For his part, Claude Villeneuve, leader of Quebec first, said he was “disappointed” not to have obtained more clarification, during the plenary committees, as to the realization or not of various municipal projects planned for the years 2023-2024-2025.

“We want to know what is coming. We are already challenged by the administration to make known our priorities for our districts, but we do not know what is the notion of effort that we must make, ”he regretted, Tuesday, in an impromptu press.

According to him, “the City has decided to abandon projects, but it has not decided which ones (…) There is a mathematical reality. Projects cost more. The choice we will have will be to go into more debt or to do fewer projects.”

It should be noted, however, that the Marchand administration has not formally announced the abandonment of this or that project. The mayor only reiterated his intention to exercise “prudence” in preparing the next municipal budget.