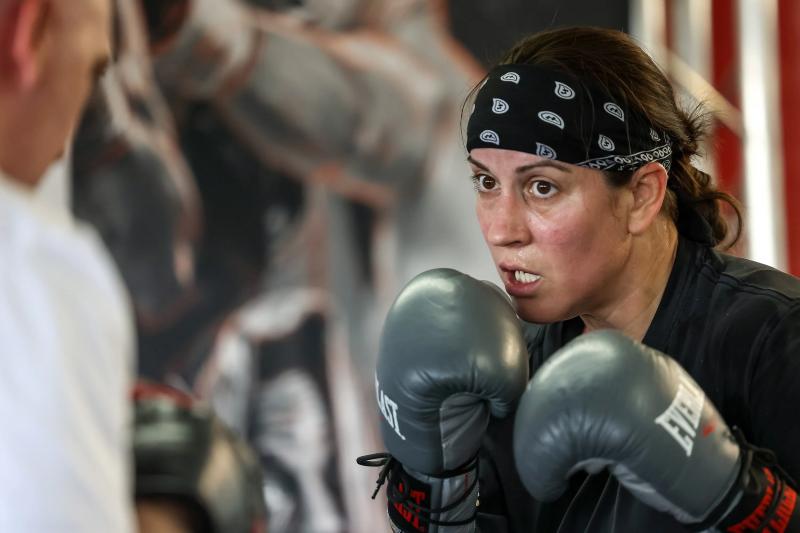 I was a million miles away from thinking that I was lining up for an article on Indigenous celebrations of summer solstice on my way to Marc Ramsay's gymnasium.

There was Erik Bazinyan, Steven Butler, Artem Oganesyan and especially Ramsay, with small and clumsy eyes, who came back from New York with lots of stories in his bag.

But when I started chatting with Mary Spencer, everything took a turn for the worse. The day of publication, the story and above all, her, this tall, beautiful, sensitive and determined woman, everything fell into place.

You should know that the aces of the desk who correct my chronicles know that I have the gift of badly spelling names. Must be some form of dyslexia. But here, I beat my record. It was written by Mary Spencer's wife herself. So, from the age of 2, Mary found herself in Kitchenuhmaykoosib Inninuwug, an aboriginal community in northern Ontario. His father, a proud Ojibwa from Cape Croker First Nation, and his Chicago native mother lived there for several years. Mary grew up with a First Nations spirit.

She poses with children in the community of Kitchenuhmaykoosib Inninuwug, Ontario.

Then the family moved to town. And Mary discovered boxing.

“Boxing shaped me. I learned that I could have an awful day at school and be unhappy at night and be extraordinarily happy the next day thanks to boxing,” she says.

Her fabulous career in Olympic Games, Pan American Games and World Championships, his epic rivalry with Ariane Fortin, his life was filled with exploits and successes.

But in 2010, she discovered what boxer Kent Brown was doing in Cross Lake, 10 hours north of Winnipeg, Manitoba. She inquired, visited, and saw the success of her work with Indigenous youth. She began to get involved to the point of receiving many honors for her work and dedication to Aboriginal causes.

Then in 2016, she ended up in Kashechewan, northern Ontario. It is a Cree community. She was offered a teaching position.

“Then one day, with my own equipment and gloves and stuff, I started introducing kids to boxing. It was like a revelation,” she says.

Of course, the children discovered boxing. But they were discovering the sport. The competition. And above all the sense of discipline and commitment. Mary told them that when she was 10 or 11, she wanted basketball shoes. She dreamed of those $120 shoes. For weeks, she picked up empty bottles until she bought her shoes. Later, as a teenager, she participated in the Native Games in the United States…in basketball.

So with determination and hard work, great things could be achieved.

HAVE A RING BUILT

Mary Spencer, by dint of persuasion, was able to have a ring built in a disused room. Then, former coaches sent him used equipment.

“But the children’s results touched my heart. I lived in Kash for two years. I saw the children develop. These were great moments in my life. It was a lot those years in Kash that inspired me to turn professional and resume my career. I wanted to remain an example, and all those hours in the ring had rekindled the flame,” she says.

Today, Mary is married to a Quebecer. His career and personal life take up a lot of his time. But she follows the progress of her youngsters in Kash. She talks to them, analyzes their performance in training and tells them about her adventures with the pros.

Always in harmony with the spirit of the First Nations…

After her training, she's a speed and power machine, we talked about Marie-Ève ​​Dicaire with her trainer Ian MacKillop and Anson Wainwright, a journalist from Ring Magazine, hit the gym for Thursday's gala.

Mary was very careful not to hurt anyone. But the consensus among the other participants in the conversation was clear.

P.-S. The Christmas holiday replaced an ancient pagan holiday celebrating December 21, the winter solstice. So, since it's pagan, we can celebrate it without offending Valérie Plante.