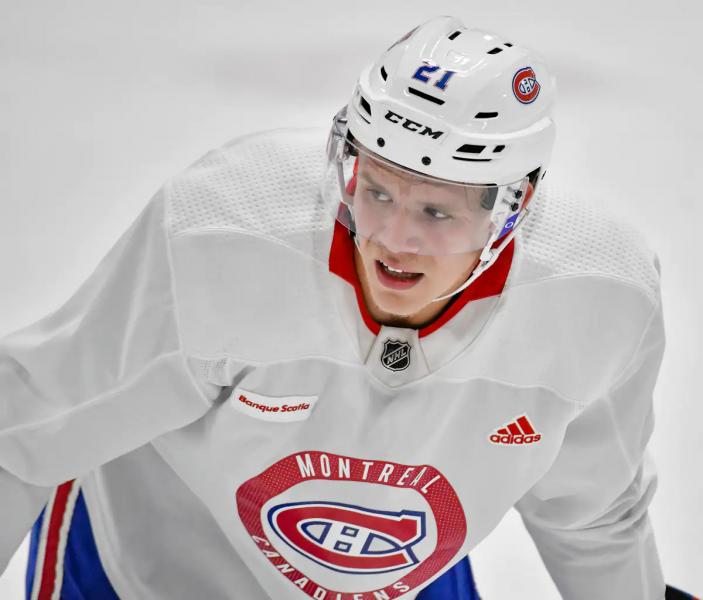 SAINT-JEAN, NB | Even if Montreal Canadiens fans are eager to see Kaiden Guhle in the uniform of their favorite team, the defender's head is not yet turned to Montreal, or even to the resumption of the World Juniors, next August.&nbsp ;

The Canadiens' 2020 first-round pick has the chance to end his junior internship in the best possible way: by lifting the Memorial Cup.

It would definitely be an exclamation point at the end of a long and eventful season. From the Canadiens' camp, to the canceled World Juniors in December, to the transaction that took him from the Prince Albert Raiders to the Edmonton Oil Kings, Guhle didn't really have time to stop to think. to everything he has been through in 2021-2022. But that will have to wait a little longer.

“For me, it’s been go, go, go all year. It's been good to have all these experiences and it's been a fun year. It's good to end it here with these guys on the biggest stage in junior hockey, ”he said, assuring that he had not made a decision on whether he will participate in the resumption of the World Juniors in August.

Right now, all that matters to Guhle is the Memorial Cup. He was a part of the Oil Kings' WHL win, earning playoff MVP.

“He had an impact in all aspects of the game when he arrived here, especially in the dressing room thanks to his leadership and the type of person he is. Obviously, on the ice, everyone sees him: he is incredible. He reduces the space of opposing players, he is physical and excellent defensively. In addition, he was one of our best offensive players during the playoffs.

Guhle has continued to progress this year thanks, in particular, to all the experiences he has had.

“I worked with several different coaches and they helped me gain as much confidence in myself than with the puck. I think my offensive game has improved,” said the man who finished the regular season with 40 pts in 42 games split between Prince Albert and Edmonton.

For head coach Brad Lauer, Guhle's steady progression and the impact he's had on the Oil Kings since his arrival makes him believe he's close to a regular NHL job.

“In four years here, he's definitely the closest player to the NHL I've coached. His approach is already very professional on and off the ice. He's a very mature guy. […] He is the kind of player who is never satisfied and who shows up for training every day in order to work on his game. It is this approach that will make him succeed. , mentions the one who, before accepting the position of head coach of the Oil Kings in 2018, had worked for almost ten years as an NHL assistant with the Ottawa Senators, the Anaheim Ducks and the Tampa Lightning Bay.

In Edmonton, Guhle was placed alongside Nashville Predators defenseman and prospect Luke Prokop. This pair has been used in all situations and will likely be key for the Oil Kings if they hope to win the Memorial Cup.

“What makes Kaiden so effective is his skating skills and his way of looking at the game. When he makes a mistake, which rarely happens, he has the kick to fall back and correct his mistake himself. He is a very intelligent player who does good reading on the ice,” he adds.