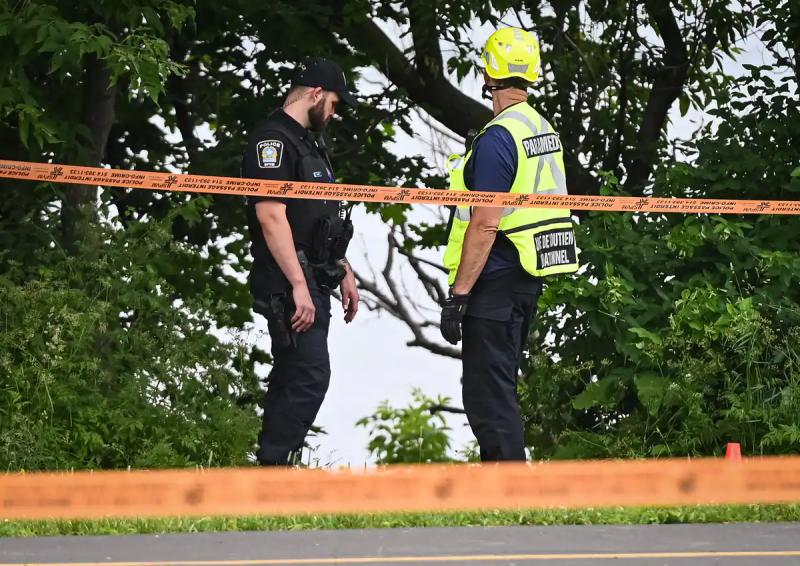 A 17-year-old girl who had been missing since Monday in Montreal was found dead Tuesday afternoon at the foot of an escarpment, along the Lachine Canal, in the borough of LaSalle , in Montreal.

It was a passer-by who made the macabre discovery around 1 p.m., near the intersection of boulevard LaSalle and avenue Orchard.

According to our information, the lifeless body of Adalya Dorvil had been resting at the edge of the water for several hours already.

The teenager had been reported missing during the day on Monday.< /p>

The body was found along the bike path that runs along the Lachine Canal, at the foot of a ten-foot escarpment.

In all likelihood, the young woman fell proved fatal.

Following the discovery of the body, many relatives of the victim gathered along the police tapes to watch the work of the emergency services, helpless before the extent of the drama unfolding before their eyes.

The howls of pain at the loss of a loved one from some of them were heartbreaking.

In the late afternoon, investigators were busy interviewing potential witnesses. to help them understand how such a tragedy could have happened.

According to all the residents of the area interviewed on site, no one ventures to this place, which is very difficult to access.

Moreover, around 5 p.m., the body of Adalya Dorvil had still not been recovered. He was still resting at the edge of the stream.