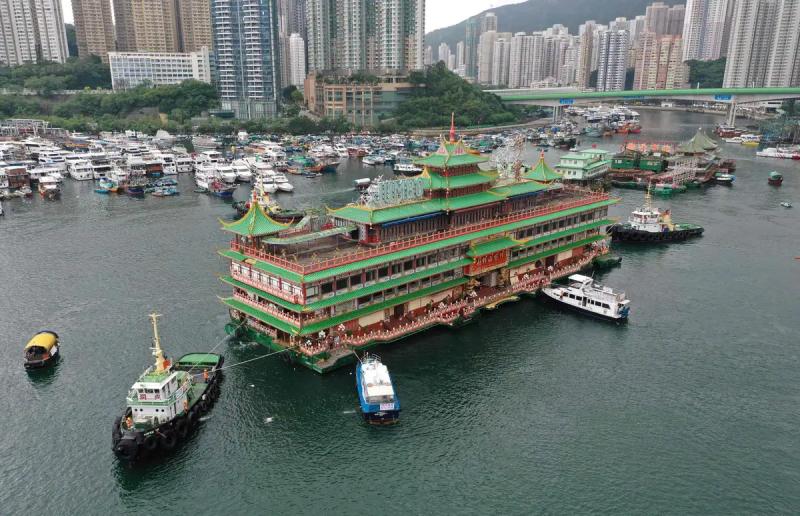 The mystery surrounding the 'Jumbo', Hong Kong's famous floating restaurant, thickened on Friday, with its owner sowing confusion that the juggernaut actually sank while being towed last week .

On June 20, Aberdeen Restaurant Enterprises, a subsidiary of Hong Kong-based investment firm Melco International Development, said the 76-meter ex-restaurant had capsized the day before near the Paracel Islands after it began to take on water. in “unfavorable” weather conditions.

“The water depth at the site exceeded 1,000 meters, which made it extremely difficult to undertake salvage operations,” according to its statement.

On Thursday evening, Hong Kong's Department of the Sea issued a statement saying it had learned of the incident from the media and immediately requested a report from the company.

The latter was provided to it handed over on Thursday and, according to the ministry, it says the restaurant capsized, but that, “at this time, the Jumbo and the tugboat are still in the waters off the Xisha Islands,” the Chinese name for the Paracels. < /p>

A few hours later, an AFP journalist was contacted by a company spokesperson who clarified that the word “capsized” had always been used and not “sunk”.

When asked about the fact that the boat had sunk, he repeated that the press release spoke of “capsized” without giving any explanation as to why he was referring to the depth of the water which made salvage operations very difficult.

The South China Morning Post reported a similar conversation with a company spokeswoman, in which she insisted the boat “capsized” not “sunk”, while refusing to clarify whether it remains afloat.

The newspaper said it was informed by the Ministry of the Sea that the company may have violated local regulations if it did not inform the authorities of sinking within 24 hours.

The owning company had so far not contradicted widely reported local and international media reports earlier this week that the Jumbo had sunk. &nbsp ;

AFP has requested an official statement from Aberdeen Restaurant Enterprises on the status of the Jumbo and what happened.

The company had previously clarified that the “Jumbo”, moored in the south of the island of Hong Kong for almost half a century, had been inspected before to set sail, receiving “all necessary clearances” before he left last Tuesday.