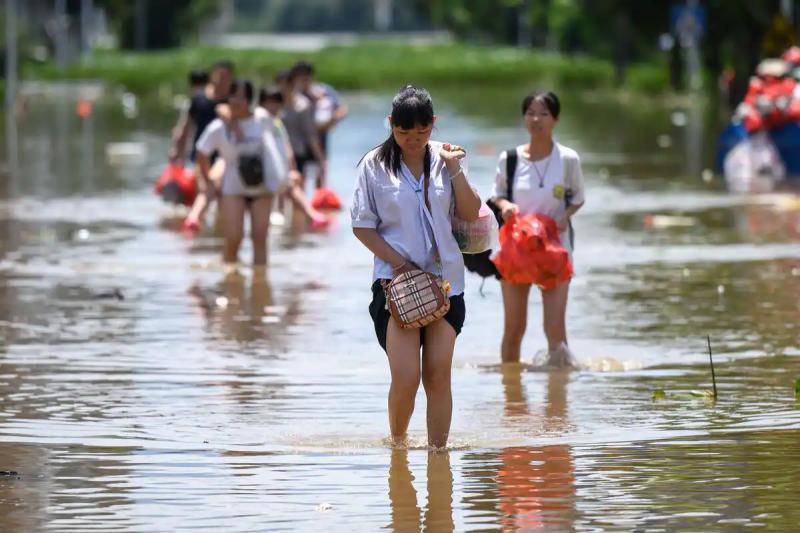 Severe flooding threatens parts of southern China on Thursday, after torrential rains caused rivers to overflow to levels not seen in nearly a century.&nbsp ;

The region at risk is the Pearl River Basin, located in the rich manufacturing province of Guangdong and which notably includes the metropolises of Canton and Shenzhen, home to many technology companies.

Hundreds of thousands of people have already been evacuated from the worst affected areas.

The Ministry of Water Resources placed the Pearl River Basin on high alert for flooding on Wednesday, with water levels in some places already “above all-time highs”.

Footage from the town of Shaoguan, north of the provincial capital Guangzhou, showed residents scrambling along flooded avenues on Wednesday. The water reached the roofs of cars in some places.

According to local media, the water level in Yingde, north of Guangzhou, exceeded the historical level of 1931 on Wednesday for the city.

It may surpass the 1915 all-time high for the entire Pearl River Basin, leading the press to say that this part of Guangdong is currently facing “the flood of the century”.

High-risk areas of the province have been ordered to take all necessary measures to limit the damage, by suspending work in some factories and closing schools.

Other places in the southern half of China, including the coastal province of Fujian (east) and the Guangxi region (south), were also affected by record rains in June, prompting the evacuation of hundreds of thousands of people.

Floods are common in some areas of the country in late spring and early summer. But they seem to be getting stronger in recent years with climate change.