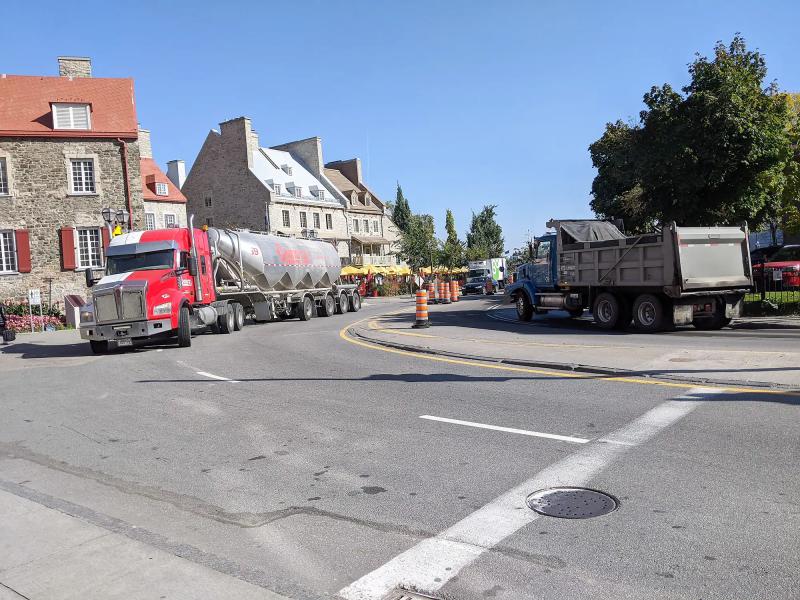 Quebec City may ban heavy truck traffic on Champlain Boulevard, which runs along the Saint Lawrence River from Old Quebec to the Pierre-Laporte Bridge, the Legault government decreed on Tuesday.< /strong>

Under the CAQ's announcement, heavy transit traffic may be prohibited at all times on the boulevard, also known as Route 136, and not just between 15 May and October 31, as is currently the case.

In addition, the Minister of Transport, François Bonnardel, and the Deputy Premier and Minister responsible for the Capitale-Nationale region, Geneviève Guilbault, have indicated that the river shuttle service between Quebec and Lévis could well, in the future, be reserved for cyclists and pedestrians.

“Let us remember that with the commissioning of the Quebec-Lévis tunnel, planned for 10-year horizon, it is projected that automobile traffic on the Québec-Lévis crossing will become obsolete,” explained the cabi. net of the Minister of Transport.

Year in, year out, the “NM Alphonse-Desjardins” and “NM Lomer-Gouin” ferries transport 300,000 vehicles from one bank to the other, a flow called to be interrupted if the 3rd link sees the light of day.

“There is an opportunity to rethink the Quebec-Lévis crossing and to find an improved vocation for this highly strategic land. The government is considering a vocation that would give citizens better access to the river and improve the regional tourist offer,” said Ms. Guilbault.