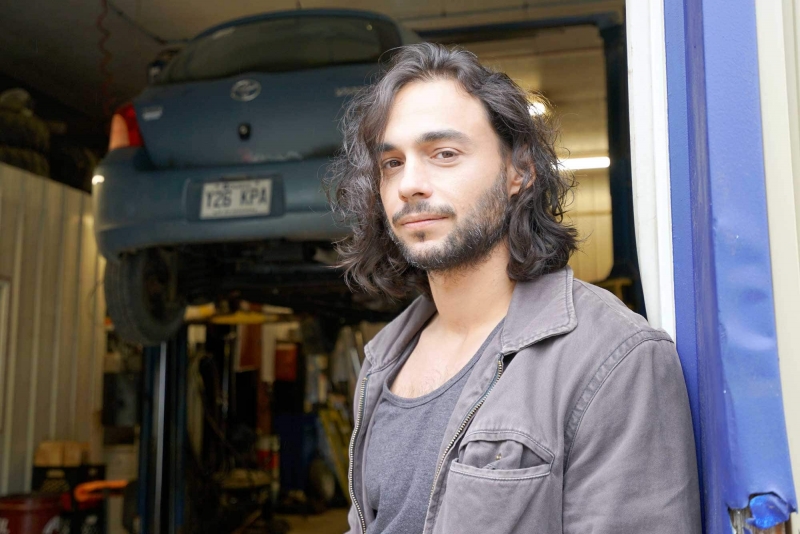 Pierre-Paul Alain hadn't acted on screen for nearly five years when he landed one of the lead roles in the film Arsenault & Son, released in theaters last Friday. This long period away from film sets has not been easy for the actor, who has notably been a natural caregiver for his two sick parents.

” It's a long story. Do you have enough space on your recorder? says Pierre-Paul Alain with a smile when asked why he was absent for so long from the small and big screen.

Discovered in 2007 in the series Bob Gratton: My life, My life, Pierre-Paul Alain had nevertheless had a promising start to his career on television, accumulating important roles in Tactik and Destinées, among others. Then, starting in 2015, the actor slowly began to disappear from radar screens.

“I think at some point I reached an age where I couldn't play the roles of 20 years old or those of 30 years old,” he explains in an interview. I looked too old for the youth characters and too young for the father characters. I think that didn't help…

“There is also that during these five years, I was always in Quebec to be close to my parents. Both fell very ill at the same time. I took care of my mother until the end and my father is okay at the moment, in a safe place. I continued to audition for roles, but I think I carried a kind of heaviness within me because of what I was going through. My mother had atypical Parkinson's, so it was a very difficult disease. I found small jobs in Quebec that allowed me to be free to spend time with her. Those five years were pretty tough. Life gave me a little blow. And then in December 2020, I found out that I had the role for Arsenault & Son, and there everything changed. »

In Arsenault & Son, Pierre-Paul Alain slips into the shoes of the youngest son of a family of poachers who are rampant in a small village in Bas-du-Fleuve. The 33-year-old actor bursts the screen in the guise of this hothead who does not hesitate to kill a bear in broad daylight, on the side of a road. He had to pass two auditions to convince director Rafaël Ouellet to give him the role. “When Rafael called me to ask me if I was available the following summer, my knees gave out,” he says. I was freaking out. It was my dream, to play a leading role in a film. »

Pierre-Paul Alain does not hide having had butterflies in his stomach when he landed on the set of Arsenault & Fils, alongside stars such as Karine Vanasse, Luc Picard, Guillaume Cyr and Micheline Lanctôt. The presence of Julien Poulin, whom he rubbed shoulders with at the start of his career for the Bob Gratton series, helped him a lot to find his bearings.

“I had the chance to start with Julien when I was 16 on the set of Bob Gratton and we always stayed in touch, he underlines. I call him “Papa Ciné”, he is like my mentor in the business. When I called him to tell him that I was going to play his grandson in the film, he said: “Ah well, cuddly, I'm happy for you!” »

Since the shooting of Arsenault & Son, the phone started to ring regularly again for Pierre-Paul Alain. The actor has also landed roles in two series filmed this summer: Anna et Arnaud, an adaptation of the novel Anna et l'enfant-vieillard by Francine Ruel, and the 3rd season of the comedy Les Mecs.

“I don't take anything for granted because I know that things can change quickly in this profession. But right now, I'm surfing the wave as best I can,” he concludes.

The film Arsenault & Son has been in theaters since Friday.