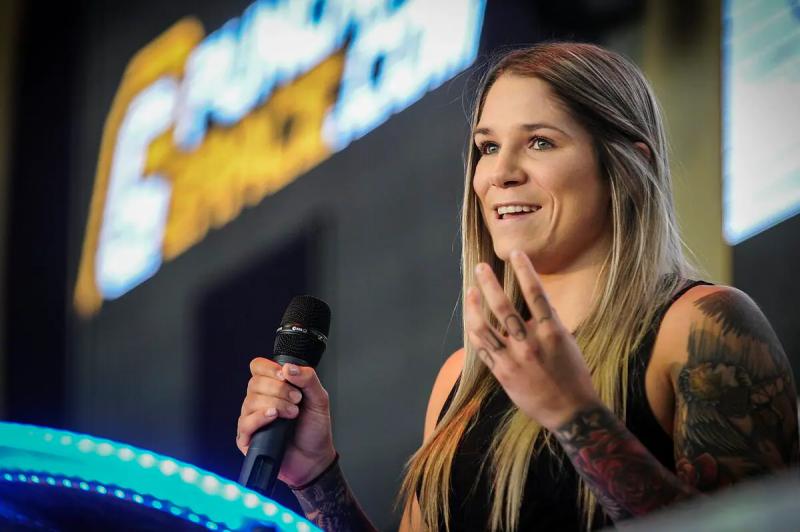 For the third time this year, Leïla Beaudoin is about to fight a fight. It's literally happiness found for the boxer, who thought about dropping her sport when the bad news was piling up last year.

If the pugilist who lives in Quebec is delighted with this other opportunity to put on the gloves, it is because before the current beautiful days, she experienced the crossing of the desert. Not for lack of will, but because of the long months of preparation ruined by the withdrawal of opponents.

“I had a fight canceled at 45 minutes notice. On September 23 last year, I was also supposed to fight at the Videotron Center, at my home, then the fight was canceled a week before because my opponent had a health problem.

“Since I was born I've rough. I've always been very resilient, but there, I couldn't stand boxing anymore. I came very close to stopping everything,” she confided as her duel approached.

In addition to disappointments related to withdrawals, Leïla Beaudoin also saw her coach at the time leave her corner. In short, nothing to encourage him to pursue his passion.

“I have no embarrassment to say it, I went back to see my psychologist. I had the feeling that as soon as life smiled at me, it then sent me a test.

“I think we have to normalize that, the fact that a woman or a man can to need help. My shrink was able to put words on what I felt and led me to get rid of my beliefs,” she said.

In addition to psychological support, the boxer from The 26-year-old has reconnected with the coach who had supported her during her first two professional fights, Émilien Boucher-Johnston.

“I have worked with him since the fall and I am so grateful to have him by my side. We have an excellent bond and he is very dedicated. I've been feeling good for several months now,” mentioned the one who can also count on Samuel Décarie, who has joined his team.

Beaudoin believes that her next rival will allow her to continue to evolve, she who presents a different style from her previous opponents.

“I still dream of being world champion and to see the world, you have to see something other than Mexico! She is a boxer who has good defensive qualities and a good counter-attack. She'll wait for me to move to place her right hand, but I'm quick on my feints. My style lends itself well to this type of boxer, but I don't want to project myself too much. Things don't always go the way you think in the ring,” she warned.