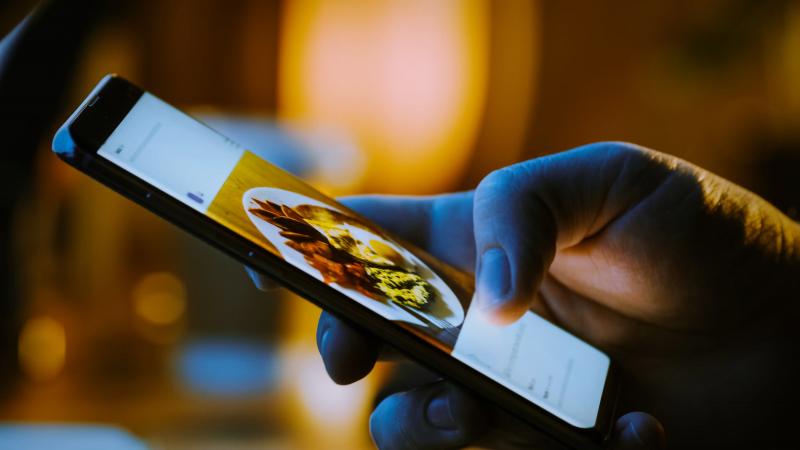 A New Yorker woman held captive after an alleged sexual assault managed to send a cry for help through an online meal ordering app and was freed by police, US media reported.< /strong>

The 24-year-old woman had her phone confiscated by her 32-year-old alleged attacker, local broadcaster WABC said, citing authorities. She was only able to get it back by asking him to be able to order a dish through the Grubhub delivery app.

A 24-year-old woman used Grubhub to contact police while she was allegedly being held hostage in the Bronx over the weekend, according to a criminal complaint. https://t.co/cGF201l3ci

Around five a.m. Sunday, she ordered a burger and sandwich from a nearby establishment, Chipper Truck Café. And in her instructions, the New Yorker slipped a few words: “Please call the police (…). Please do this quietly.”

She also asked for agents to show up during the delivery, according to a copy of the receipt obtained by WABC.

Restaurant employees “saw the note in the order and called my husband,” restaurant co-owner Alice Bermejo told the outlet. “They asked 'what do we do?' and he replied “Call the police”.

Proud to call Chipper Truck Cafe our partner and humbled to play a small role in this incredible story of heroism! https://t.co/e6Hf2fc45w

So law enforcement went to the listed address, in a Bronx neighborhood, and arrested the man the New -Yorkoise met via a dating app according to CNN.

He is now charged with rape, sexual assault and sexual abuse, according to a police document cited by the same chain.

The suspect is also implicated, adds CNN, in another sexual assault four days earlier, and is also being prosecuted in this context.