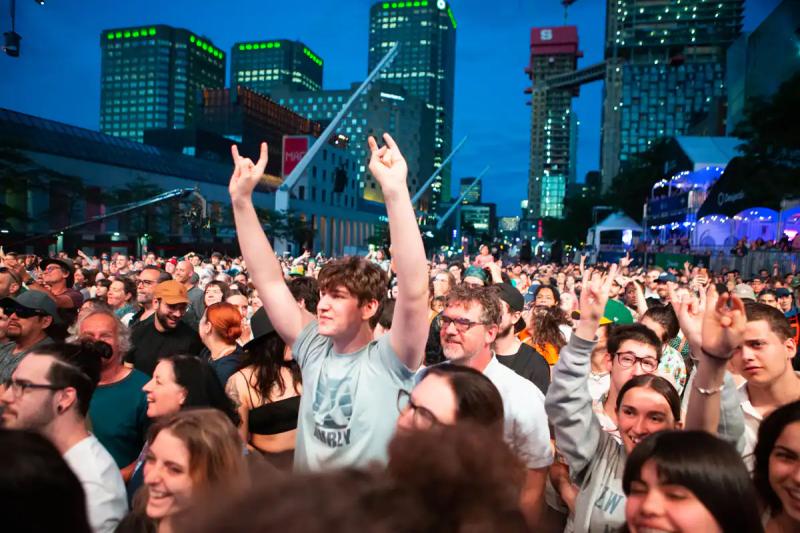 “Not acceptable,” said Mayor Plante. “Exasperating and inexcusable”, said the president of the Saint-Jean-Baptiste society.

“Heartbreaking”, said the leader of the Bloc Québécois and that of the Parti Quebecers.

What are we talking about? Because at the Francos de Montréal, employees are forced to work in English. English… at the Francos is really the world upside down!

THE FRANCOS OF MONTREAL IN ENGLISH

At the beginning, when I saw the title of the article by Thomas Gerbet from Radio-Canada, I thought it was a joke: Francos employees complain about having to use English at work.

It can't be, they didn't dare! It seems that “working for Équipe Spectra wouldn't be the same since it belongs to evenko (Groupe CH) and Live Nation”.

I thought for a moment that we were back in 1950 when I read that “some meetings were held in English, even if there was only one English speaker among the twenty people around the table”.

I was flabbergasted when I read that “written or oral instructions are given in English only”. An employee said: “The evenko people rolled their eyes at me when I spoke in French, in a meeting”.

But where my jaw really dropped was when I read that the organizer of the Francos, the Spectra group, pleaded “diversity and inclusion” to dodge criticism. Hey, sorry? What a stupid explanation! The small catechism woke to justify that “we are open to all languages”? Misery!

At the time, I was depressed and, to be honest, humiliated to see that this Festival which celebrates the French fact is the symbol of the colonization of English. But when I saw the outrage this news caused in civil society, I thought there was still a glimmer of hope.

Do you feel that the wind is turning? Since my colleague Pierre-Oliver Zappa asked the CEO of Air Canada the fateful question about his ability to live in English in Montreal, we feel an awareness.

When we see the epidermal reaction of some Anglophones to Bill 96 (“help, we are asked to speak the common language of the province where we live”), we are sorry. But when we see the reaction of decision-makers to English at the Francos, we console ourselves.

According to Radio-Canada, “the Legault government has mandated the Office québécois de la langue française to carry out verifications and ensure compliance with the Charter of the French language in the workplace of the Francos de Montréal”.

There There's one thing that strikes me about this whole controversy. It highlights a glaring contradiction.

In Quebec, the only French-speaking province in the “most best country in the world”, when we want to force Anglos to speak French, we are told that we are intolerant, despotic.

But when a large company imposes English as the working language on its French-speaking employees, that's part of the order of things, we should close the box and resign ourselves, at least name of inclusion and diversity?