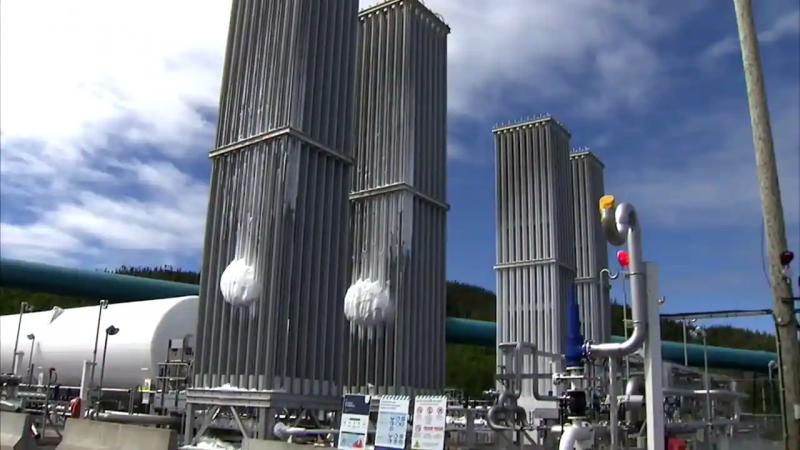 The Alouette smelter in Sept-Îles has completed its project to convert its anode baking furnaces, which are now all powered by natural gas rather than fuel oil, which allows the smelter to reduce its greenhouse gas emissions.

Alouette has thus become the first user of liquefied natural gas on the North Shore, following two years of work and investments of $23 million.

The four furnaces have been modified and 75 ramps have been replaced to allow this conversion. This change allows the Alouette aluminum smelter to reduce its greenhouse gas emissions related to the production of anodes by 30%. The use of natural gas is also more efficient and facilitates equipment maintenance.

“It was a project that was quite complex, thank you, with the challenges of COVID. This eliminates the entire use of heavy fuel oil. It was the only place at Alouette where we used that fuel,” said Michel Lussier, Vice-President of Human Resources and Corporate Affairs at Alouette.

The natural gas used by Alouette comes from Énergir facilities in Montreal, where it is liquefied and transported in isocontainers at a temperature of -162 degrees Celsius. It is then transported by road over a distance of 900 kilometers to Sept-Îles where it is stored, then vaporized for its use in gaseous form in the anode baking furnaces.

A ten deliveries per week are necessary to supply the aluminum smelter. Isocontainers that can hold 30% more LNG than conventional tankers have been specially designed for this project

“The innovation here was to be able to design an isocontainer that is 53 feet, longer than standard for LNG isocontainers,” explained Jean-François Jaimes, Director of Renewable Energies and LNG Development at Énergir.

“Capacity and weight standards in Quebec for transporting allowed us to design a larger isocontainer. It's a mode of transportation that we consider very safe,” he added.