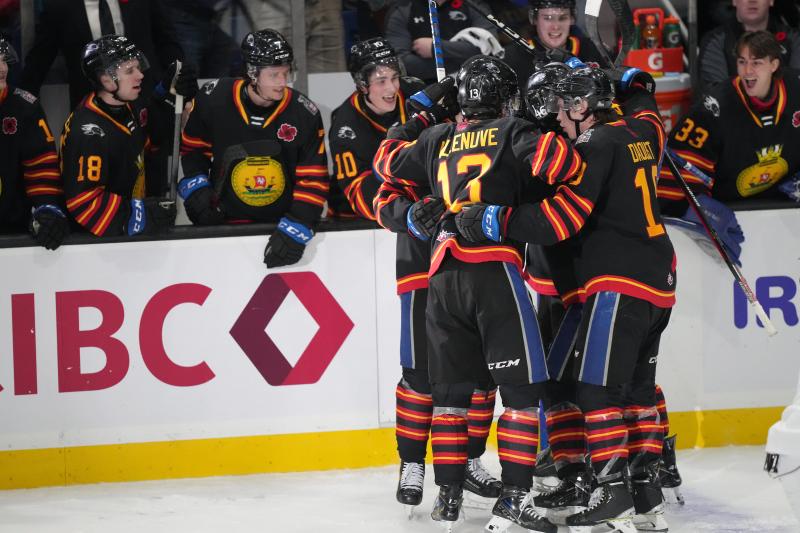 The host Memorial Cup tournament team edged the Ontario champions Hamilton Bulldogs, considered by many the favorites to win the competition, by a score of 5 to 3 in the first game of the tournament.

New coach Gardiner MacDougall's men were the best on the ice for the majority of the game. The Bulldogs attempted a push in the third period, closing the gap to 4 3, but the Sea Dogs were never really bothered.

“We practiced five to six times a week, on and off the ice and it was worth it,” said forward William Dufour, scorer of the Sea Dogs' third goal yesterday. It's been a tough month for us, even mentally. It was really fun tonight to come back and win in front of our fans.

For their part, the Bulldogs have not been the Ontario powerhouse that has ravaged everything in its path this season.< /p>

“The Sea Dogs didn't see the right version of the Bulldogs tonight,” said head coach Jay McKee. We looked tired and we weren't mentally alert like we were in our last games. There's a fine line between winning and losing at this level, and if you're not alert and playing with fresh legs, it reduces your chances. ”

Whether the Bulldogs put on their best face or not didn't matter to the Sea Dogs who, in their eyes, passed on a message yesterday.

“We are human beings. We have Twitter and all the platforms you want and we see that nobody gives us a chance. The reality is that most said we would be 0-3 and eliminated immediately and there we are 1-0. Yes, we are underestimated in people's eyes, but we just want to be a little better every day. We've been doing it for a month,” summed up goaltender Nikolas Hurtubise, chosen as a trusted man for the first game after losing his starting job to Thomas Couture in the regular season.

GAME OF THE MATCH

Even though he only faced 20 shots, he had to stand out a few times, including in second when he robbed Avery Hayes of a certain goal when it came two against zero with Logan Morrisson.

“It was the game of the game, admitted
Gardiner MacDougall. I'm happy for him. Our two goaltenders had a good training camp and it was he who won the championship title last year [with the Victoriaville Tigres]. He knows how to win and he added another string to his bow tonight. »