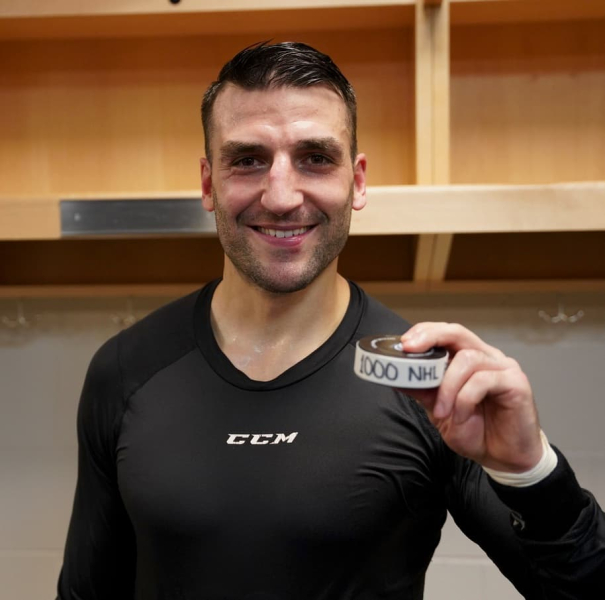 < p>In the second period, he was instrumental in a goal from Brad Marchand to help the Boston Bruins win 5-3 against the Lightning.

He became the 94th player in NHL history to reach that mark and the fourth player in the Bruins franchise. He thus joined Raymond Bourque (1506), Johnny Bucyk (1339) and Phil Esposito (1012).

Martin St-Louis, who scored 1,033 points during his career, threw flowers at the Quebecer.

“It represents longevity, consistency, talent, intelligence and perseverance,” said St-Louis during his pre-game press briefing. It's 1000 points. You have wounds in there. You haven't always played 100%.

“To reach that plateau, you have so many things that come into play. For me, whether it's 1,000 games or 1,000 points, that means you've had a long career.

“To have a long career, you have to have the elements I just said. I'm happy for him. He deserves it.”

St-Louis remembers his 1000th point well. It happened on November 28, 2014. At that time, the striker was wearing the colors of the New York Rangers who crossed swords against the Flyers in Philadelphia.

He had scored a goal by jumping on a loose puck in the slot. He let out a cry of joy.

“I remember it well,” said St-Louis. It's something no one can take away from you. There are only 94 players in history who have scored 1,000 points.

“With the number of players who have played in the NHL, it is special. It doesn't happen by chance. There is work and obstacles. It takes consistency.”