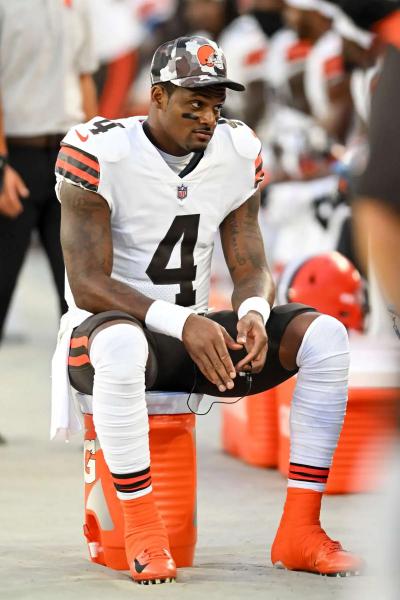 Quarterback Deshaun Watson can once again enter the facilities of the Cleveland Browns, although he continues to serve his 11-game suspension.

Punished by NFL authorities before the start of the 2022 campaign due to the sexual misconduct scandal he was accused of, Watson will not yet be able to resume group training, play his own games or meet the media. .

Watson will still be able to be in the entourage of the team, he who will have the right to meet individually with head coach Kevin Stefanski, offensive coordinator Alex Van Pelt and the quarterbacks coach Drew Petzing, in addition to being able to train individually in the gym.

The 27-year-old pivot will be able to resume training with his teammates on November 14 and will be eligible to be reinstated in the league on November 28. Watson will have the chance to play his first game with his new team, which was acquired during the off-season on December 4 against his old team: the Houston Texans.