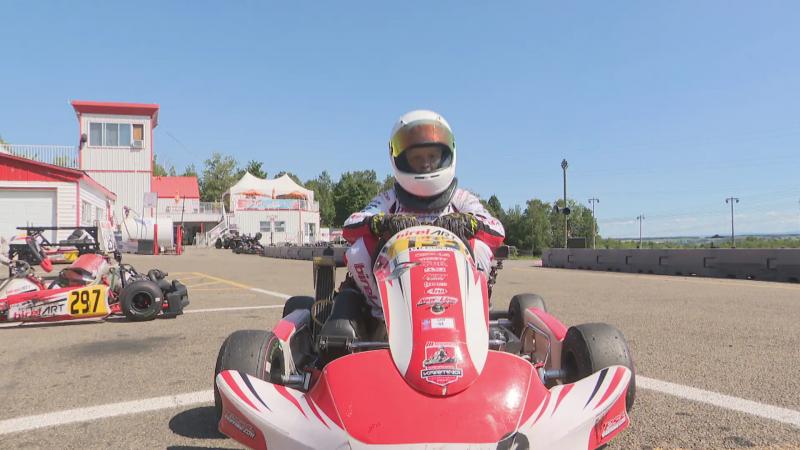 At 11 years old, Antoine Lemieux, from Lévis, is already a karting ace.

After winning the Canadian Championship in Saskatoon, Saskatchewan, the boy, who races in the Rotax Mini Max class, will represent the country at the World Championship, to be held in Portugal , next November.

He got hooked on this sport two years ago, listening to the series “La Dérape” on Club Illico.

“We said it looks like fun, we want to try,” explains Antoine, speaking of his sister and him.

At the wheel of his machine, the young driver, who also competes in the States United States, reaches top speeds of 125 km/h.

His big sister, Frédérique, 14, They are also doing well in the Rotax Junior class, where their opponents are all boys. , says the young girl.

Their father, Simon, is not used to seeing his children on a race track.

“On race days I barely eat, I'm too nervous. We try to make sure that the children, everything is ready,” he said.

Mr. Lemieux, who previously had no knowledge of karting, tamed the passion of Antoine and Frédérique at the same time as them.

“Our only role for us is to support them and that is almost a full-time job now,” adds the father.