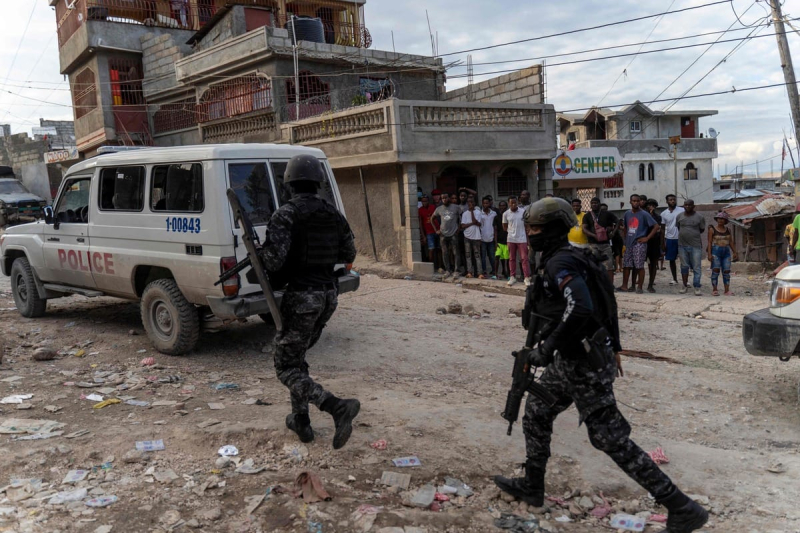 Members of an armed gang in Haiti killed 12 people and burned down several houses on Tuesday evening in Cabaret, north of the capital Port-au-Prince, the city's mayor told AFP on Wednesday. 'AFP.

“The bandits returned to the area after being driven out a few days ago by the police and members of the population. This morning we discovered some charred corpses,” said Mayor Joseph Jeanson Guillaume.

The town of Cabaret has been the target for several months of gangs who continue to extend their control over the territory of this country. Caribbean.

On November 11, bandits set fire to a police tank in the suburbs of Port-au-Prince, during an armed clash.

Due to the Cabaret's status as a crossroads, the actions of armed gangs hinder traffic and the operation of businesses, said Mayor Joseph Jeanson Guillaume.

“One of the most important ports in the country, located in this area, can't work for several days. Our inhabitants live with the fear of being attacked”, he underlined.

Haiti has been stuck for years in a deep economic, security and political crisis. The assassination of President Jovenel Moïse in July 2021 has profoundly aggravated the situation, with an increasingly strong hold of the gangs.

The Haitian police force, which amounted according to the UN to 13,000 active police officers in September, i.e. a ratio of approximately one police officer for 1,000 inhabitants, are insufficient.

The Haitian government's request in early October for “international assistance” to resolve the security crisis n has not yet been followed up.