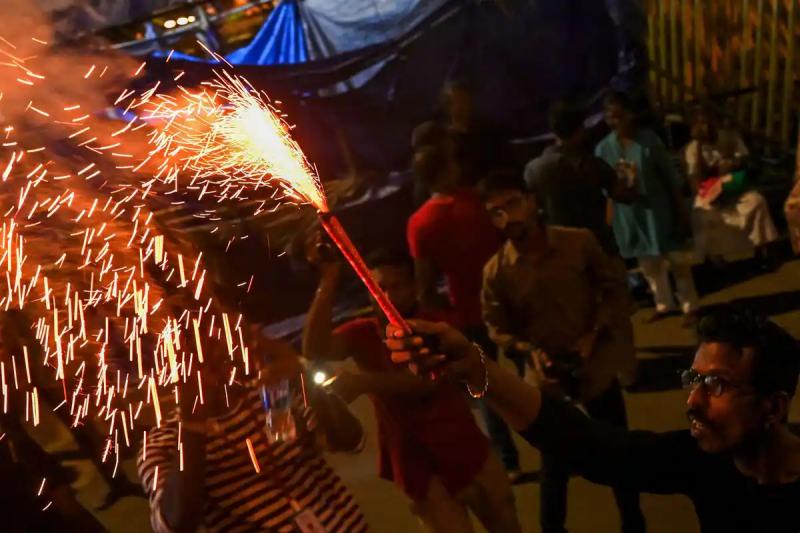 Sri Lanka, where Ranil Wickremesinghe was elected president by parliament on Wednesday, has been rocked by protests and violent clashes for more than three months.

This South Asian island of 22 million inhabitants are experiencing their worst economic crisis since their independence in 1948. The Islamist attacks of Easter 2019, then the COVID-19 pandemic have dried up the reserves of foreign currencies provided by tourism and the diaspora.

On the night of March 31 to April 1, hundreds of demonstrators attempted to storm the residence of President Gotabaya Rajapaksa in Colombo and demanded his resignation.

On April 1, the demonstrations spread. The president proclaims a state of emergency.

The curfew introduced the next day is defied by hundreds of demonstrators. The army is deployed.

On the 3rd, the government resigns with the exception of the president and his older brother, the first Minister Mahinda Rajapaksa.

On the 4th, the curfew was lifted. The opposition refuses to form a government of national unity.

Resignation of the Governor of the Central Bank.

The President loses his majority

On the 5th, President Rajapaksa lost his majority in Parliament, after several defections to the within the Podjana Party (SLPP) coalition.

The state of emergency is lifted.

On the 9th, tens of thousands of people, joined by employers, demonstrated in Colombo against the president, at the call of social networks and the Anglican and Catholic Churches.

Thousands of protesters camped in front of the presidential office.

On the 12th, Sri Lanka defaulted on its foreign debt of 51 billion dollars.

On the 18th, the president announced a new government, dismissing two of his brothers and a nephew, but his brother remained prime minister.

On the 19th, the police killed a man, a first since the beginning of the protests.

On April 28, then on May 6, general strikes paralyzed the country.

The state of emergency was reimposed.

Resignation of the Prime Minister

On May 9, the prime minister resigns after attacks by his supporters on anti-government protesters left nine dead and more than 225 injured, according to police.

A general curfew is decreed.

Evacuated by the army

On the 10th, the army exfiltrated the former prime minister from his residence in Colombo, threatened by demonstrators.

The Ministry of Defense gave the “order to shoot on sight”.

On the 12th, the president appoints Ranil Wickremesinghe prime minister.

On June 3, the government, which fears a famine, asks for help from the UN. The Food and Agriculture Organization of the United Nations (FAO) promises an emergency plan.

On the 18th, soldiers opened fire on a riot in a dry service station (7 injured).

On the 27th, fuel sales were restricted to essential sectors such as health.

Leak from the palace

The protesters set fire to the Prime Minister's residence.

The president in exile

On the 13th, the president flew to the Maldives on board from a military plane with his wife.

Thousands of demonstrators demand his resignation and that of the head of government.

Resignation of the president

On the 14th, the president resigned by email from Singapore, where he had just arrived.< /p>

The demonstrators withdraw from public buildings.

On the 18th, Ranil Wickremesinghe, who has the support of the Rajapaksa clan party, renews the state of emergency.

On the 20th, Ranil Wickremesinghe was elected president by an overwhelming majority by Parliament.

“Our divisions are now over,” assures after his appointment this 73-year-old man, already six times prime minister.