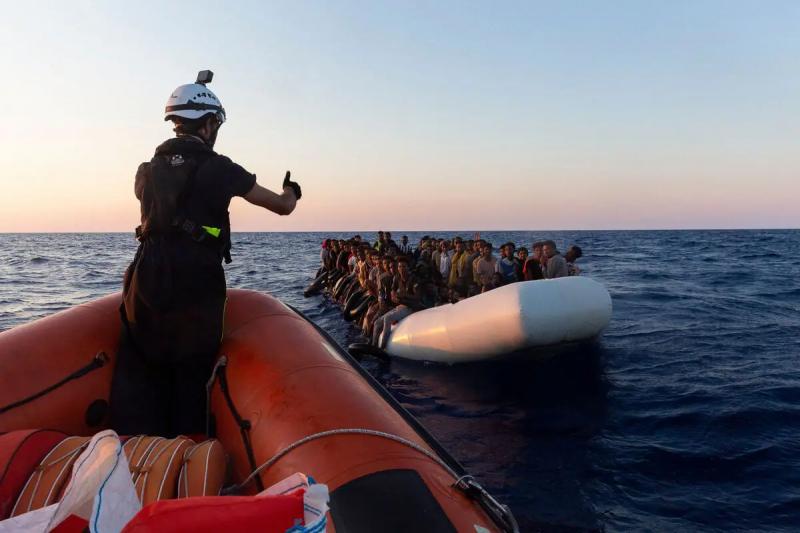 Nearly 1,500 migrants rescued trying to reach Europe across the Mediterranean were waiting to disembark on Thursday, NGOs said.

659 people were on board the Geo Barents of Médecins sans frontières (MSF), 387 on board the Ocean Viking of SOS Méditerranée and 438 on board the SeaWatch3 of the organization SeaWatch.

SeaWatch announced in the evening that the Italian authorities had authorized its boat to reach the port of Taranto, in the heel of the Italian boot.

“A large relief, but consternation too: two days of travel await us, which means additional suffering for those who have already suffered a lot”, regretted the NGO on Twitter.

Thousands of migrants have arrived in recent weeks on the Italian islands of Lampedusa and Sicily, on board makeshift boats or often dilapidated fishing boats, or still rescued at sea by NGOs or the Italian Coast Guard.