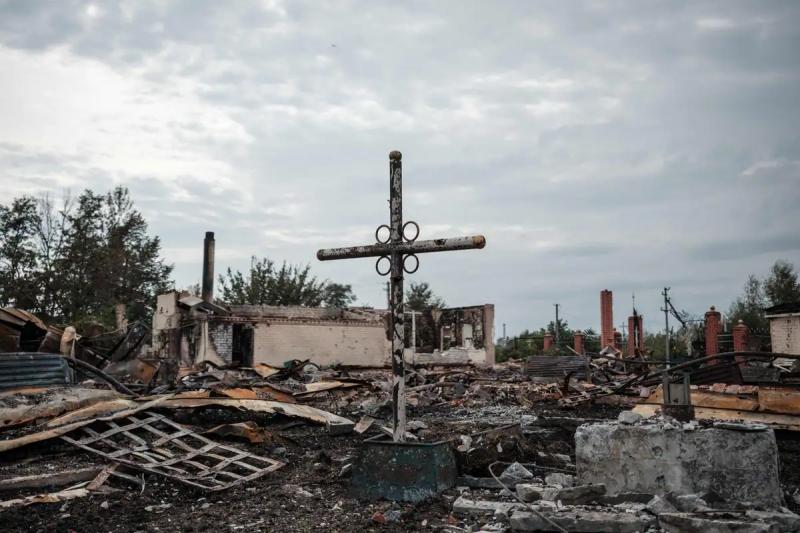 ** Warning: some images inserted in this article may shock. **

At least 24 civilians, including a dozen children, were found shot dead in their cars in northeastern Ukraine, near Kupiansk, regional governor Oleg Synegoubov announced on Saturday.

“A convoy of cars with dead civilians on board has been discovered,” he said on Telegram. According to a preliminary count he disclosed, “24 people including a pregnant woman and 13 children” were killed.

“The (Russian) occupiers attacked these civilians who were trying to escape the shelling.” “They fired at point-blank range,” he added.

According to M. Synegubov, governor of the Kharkiv region, where the bodies were went to the scene” and “an investigation is underway”.

According to the regional prosecutor's office, seven cars driven by civilians were found.

“Two cars burned completely, there were children with their parents: they burned alive,” he said in a statement.

For the head of the Ukrainian security service, Vassili Maliouk, “the (Russians) are defeated on the battlefield and in desperation respond by killing civilians”.

“ But they will not escape punishment. We will find everyone and hold them accountable for the atrocities committed,” he said.

On Friday, an AFP team saw at least eleven bodies of civilians, shot dead in their cars, on a road abandoned by the Russians in their withdrawal from the area last week.

The convoy of vehicles that AFP saw on Friday was precisely on a road that starts from the village of Kyrylivka, 70 km east of Kharkiv , when he was targeted.

On the spot, the corpses were still there, inside or next to six vehicles. A minibus was completely burned, four bodies, one of which appeared to be that of a child, lying on the seats.

The The location where the dozen civilians were found is in a location where fighting between Ukrainians and Russians has recently taken place, with kyiv forces leading a major counter-offensive in the area.

Face to significant military difficulties, the Russian soldiers retreated further east across the Oskil River, but the Ukrainians have since managed to cross it, marking a major success for kyiv. < /p>

A pro-Russian separatist official had, for his part, accused Thursday from Moscow the Ukrainian army of having fired on a convoy of civilians in the Kharkiv region, killing 30 people according to him, without however providing more details.

Since the beginning of the invasion, kyiv has denounced abuses by Moscow troops, accusations systematically rejected by Russia.