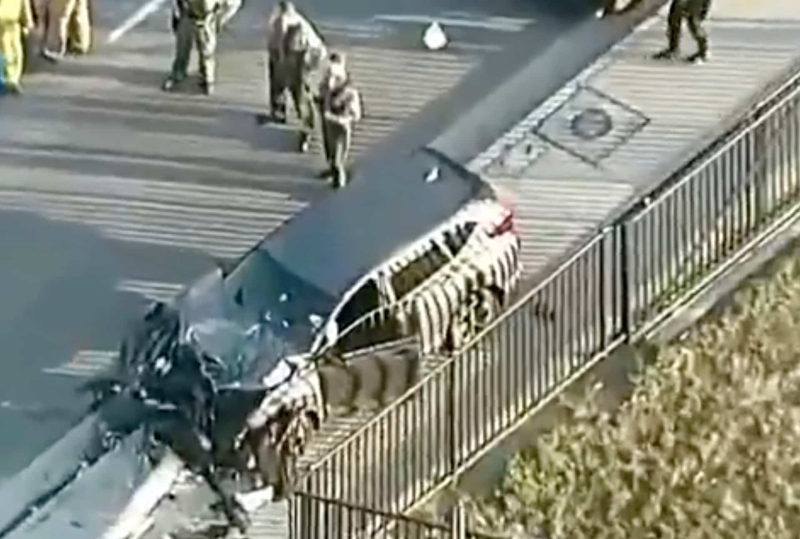 Twenty-two police recruits were struck by a vehicle in Whittier, Southern California, on Wednesday morning, and five of them are in critical condition, multiple US media reported.

The driver struck into the large group practicing for the race, authorities said.

The crash happened near the Los Angeles County Sheriff's Training Academy. The cause of the accident is under investigation.

The cadets usually run in groups through the streets, with traffic guards and following a vehicle.

Breaking: California Highway Patrol is reporting that at least 10 recruits with the Los Angeles County Sheriff's Department were struck by a vehicle. https://t.co/fIE6mqJUC8 pic.twitter.com/61ufXLigkr

More than a dozen ambulances responded to the scene.

The 22-year-old driver of the vehicle was arrested , authorities said. He was also injured.

According to some witnesses, the vehicle never slowed down.