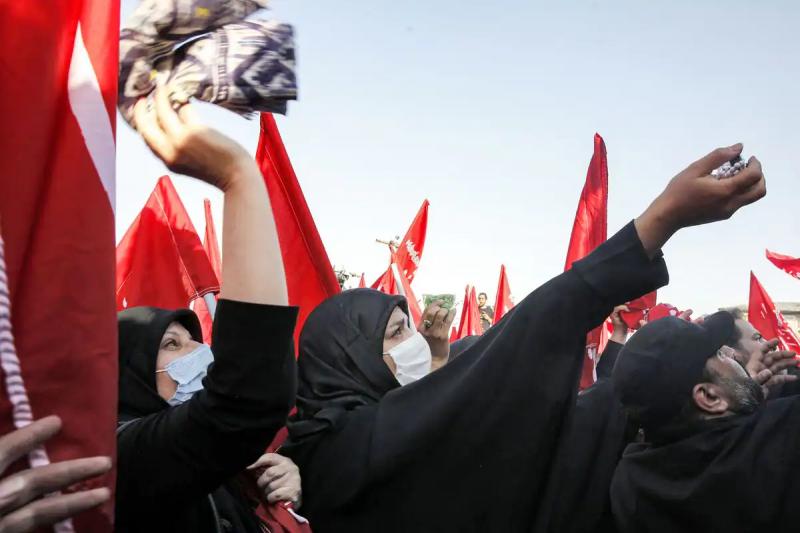 A young Iranian woman, in a coma after being arrested in Tehran by vice police, died on Friday, state TV and her family said, with activists urging those responsible to be brought to justice of his death deemed “suspicious”.

Mahsa Amini, 22, was visiting Tehran with her family when she was arrested on Tuesday by the special unit of the police responsible for enforcing strict rules of dress for women, including the obligation to cover their hair.

Tehran police said on Thursday that Mahsa Amini had been arrested along with other women to receive “instructions” on dress rules. “She suddenly suffered from a heart problem (…) she was immediately taken to hospital,” police added.

“Unfortunately, she died and her body was transferred at the forensic institute,” state television said on Friday.

In a statement, Tehran police confirmed the death, saying “there was no physical contact” between police officers and the young woman.

Tuesday, Mahsa Amini “ as well as a number of people, due to wearing inappropriate clothes, were taken to one of the police headquarters”, but “she suddenly fainted while she was with other people in a meeting room”, according to the same source.

State television, for its part, broadcast extracts from a video showing a room, visibly at the police station, where many women can be seen. One, introduced as Mahsa Amini, gets up to argue with an “instructor” about her attire, then collapses. In another excerpt, the emergency department transports the woman's body to an ambulance.

Persian-language media, including the IranWire website and the Shargh Daily newspaper, reported statements from her family saying she was taken to hospital in a coma hours after her arrest and is now dead. .

“The circumstances leading to the suspicious death in custody of 22-year-old Mahsa Amini, including allegations of torture and other ill-treatment, must be criminally investigated.” NGO Amnesty International. “The so-called 'morals police' in Tehran arbitrarily arrested her three days before her death under the country's abusive, discriminatory and degrading veiling laws. All officers and officials responsible must be held accountable.”

The United States has deemed the death “unforgivable.” “We will continue to hold Iranian leaders accountable for such human rights abuses,” Jake Sullivan, National Security Advisor to US President Joe Biden, wrote on Twitter.

Iranian lawyer Said Dehghan called the young woman's death a “murder” on Twitter, saying she had been hit in the head which caused a fractured skull.

Hadi Ghaemi, director of the Center for Human Rights in Iran, based in New York (United States), described the death as a “tragedy that could have been avoided”. “The government in Iran is responsible. She was arrested under the state's discriminatory headscarf law and died while in a state detention facility,” he added.

Before the announcement of the death, the Iranian presidency had indicated in a statement that President Ebrahim Raisi had instructed the Minister of the Interior to investigate the case.

The country's judicial authority had also announced via its news agency Mizan Online the formation of a special group to open an investigation.

The incident comes as controversy swells over the conduct of the morality police, who patrol the streets to verify the application in public places of the headscarf law and other Islamic rules.

Since the Islamic Revolution of 1979, the law requires that all women, regardless of their nationality or religion, wear a veil that covers the head and neck while concealing the hair.

However, these two In recent decades, more and more women in Tehran and other major cities are letting strands of hair, or even more, protrude from their veils.