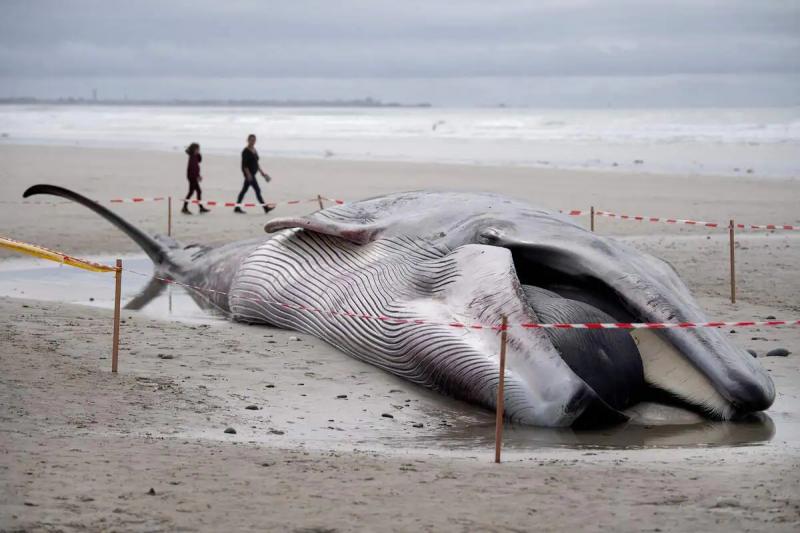 About 230 pilot dolphins, also known as pilot whales, were found stranded on the west coast of Tasmania, Australia on Wednesday, with officials saying only half of the cetaceans appeared to be still alive.

'A group of about 230 'cetaceans' have washed ashore near Macquarie Harbour, the state Department of Natural Resources and Environment said of Tasmania.

“It looks like about half of the animals are alive,” he added.

Aerial footage showed a desolate scene where Dozens of marine mammals were scattered along a wide beach.

Authorities said marine conservation experts and a team with cetacean rescue equipment were on their way to the shore. area.

Almost two years ago to the day, the area was the scene of another mass stranding, with nearly 500 dolphins-pil otes stranded, of which about 100 have survived.

The reasons for these large strandings are not fully known.

Scientists have suggested that they may be caused by groups of cetaceans who get lost after feeding too close to the coast.

Being pilot whales are very social animals, they can follow members of their group who get lost and find themselves in danger.