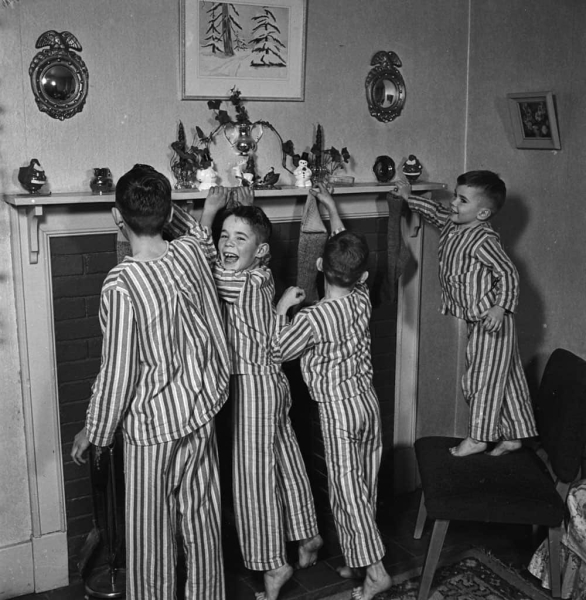 Is there a stronger symbol than the fir tree to represent Christmas? This tradition is not new, since it is known that the branches of conifers have been used as decorations to mark the winter solstice for more than 2000 years.

But for the tree as such, finding its precise origin is not easy. Two northern European countries, Estonia and Latvia, claim loud and clear the paternity of this emblem of the Christmas holiday. However, the Christmas tree as we imagine it today would rather come from the Alsace region, a region straddling German and French cultures.

In the 16th century, the conifer gradually imposed itself on the four corners of the European continent. A widely held belief credits the great Protestant reformer Martin Luther with the idea of ​​lighting a tree for Christmas. Obviously, we decorate it with candles, because it was not until the end of the 19th century that light bulbs appeared in houses. The Christmas tree made its grand entrance into the United States during the American Thirteen Colonies War of Independence (1775-1783), most likely by German mercenaries who came to lend a hand to British soldiers during the conflict.

EVERYTHING STARTED IN SOREL

Here in Quebec, it was in Sorel that we found the first Christmas tree at the same time, more precisely the day before of Christmas of 1781, 241 years ago.

Baroness Riedesel, who for the occasion received British and German officers for a sumptuous New Year's Eve meal in her residence, presented her distinguished guests with a spectacular Christmas tree decorated with candles and fruit.

The Christmas tree that lights up our homes, often from the beginning of November, shows that we are attached to the Christmas celebration, its symbols and its traditions more than to any other celebration. Sorry to disappoint more than one, but this feast of December 25 does not correspond to the precise day of the birth of the Child Jesus. The true date of birth of Jesus of Nazareth is unknown to us to this day.

So? What happened to make December 25 part of our traditions?

On Christmas Eve, midnight mass was a very important tradition. Well bundled up to protect themselves from the winter, the family went to the village church in sleighs pulled by magnificent horses. Most of the time, the mother, the grandmother and sometimes one of the daughters stayed at home to watch the young children because only those over 14 or 15 years old were allowed to attend the high mass of midnight.

While today this holiday is certainly Christian, it was originally rather pagan, because celebrating December 25 represents more a date to mark the winter solstice, and has been for at least 4000 years. As for the word “Christmas”, it is believed to be derived from the Latin Dies Natalis, which simply means the day of birth.

Even though Christmas was celebrated here during the French colonial era, at the end of the 19th century, the celebration lost some of its religious appeal for become a major family or community gathering. Over time, all sorts of customs linked to this unique celebration take root in the imagination of young and old alike, with the famous Christmas tree, of course, but also with the Yule log, hymns and sleigh rides, for example.

It was not until the inter-war period that Santa Claus with his beautiful red coat made his mark on the famous celebration. In fact, with the growing place of advertising in our lives, Christmas traditions are tinged, among other things, with the influence of Uncle Sam.

If among French Canadians the tradition of gifts was the January 1 For a long time, among English Canadians, Santa Claus was on December 24 instead.

Father Christmas therefore appears in the stores of La Belle Province, to the delight of children. It is believed that the first parade of the sympathetic character occurs in Montreal in 1925 at Eaton's. It is through the image of this Santa Claus that the holiday is marketed little by little, particularly when, in its advertisements in 1931, Coca-Cola creates a Santa Claus all dressed in red, chubby, smiling in his white beard. This modern image of Santa Claus will gradually supplant that of good old Saint Nicholas.

After the deprivations imposed by the Second World War, Christmas obviously remains the main holiday on the calendar. From December 1, Christmas songs such as Petit papa Noël or Vive le vent become earworms that fill our sound space throughout the holiday season. .

When the festivities come, the guests joyfully share the essential pleasures of the table such as roast turkey, tourtière du Lac -Saint-Jean, the meat pies, the stew of meatballs and pig's feet, the cranberry jelly, finally the pets-de-sœur prepared with the leftover dough from the meat pies.

Over time, the Christmas party has evolved with new influences. Some of its traditions still persist today to the delight of all those who enjoy this moment of encounters and exchanges.