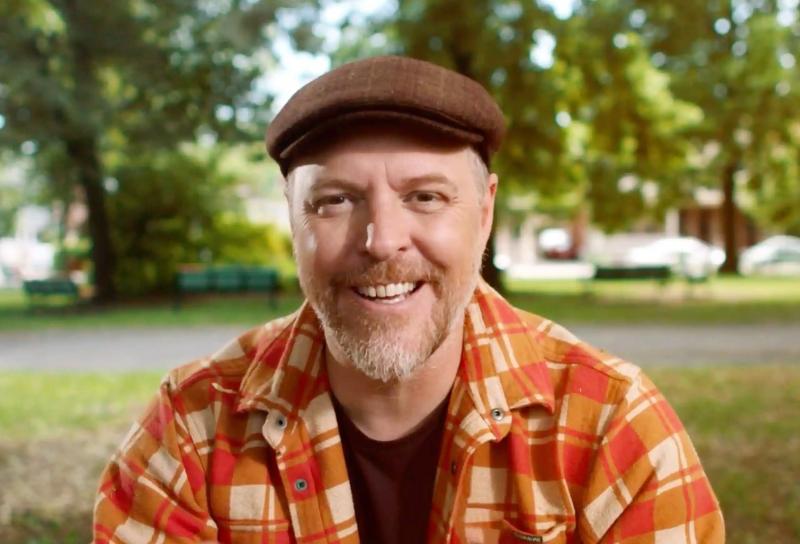 A metal lover, Fabien Cloutier also listens to and loves traditional music, and not just during the holidays. He didn't hesitate for a second when he was asked to be the ambassador of a banner that brings together 25 trad events. all over Quebec.

“Traditional culture is a culture that I appreciate. I love music and the world of tales and legends and there have always been some around me. I am recognized as a guy who is not afraid of his roots and who is proud of it. It made sense”, launched the author and actor who grew up in the Beauce.

The banner 25 traditional festivals – Take the getaway includes 25 events trad that run until November. There is music and storytelling, with the best trad groups and renowned storytellers, dance and also craftsmanship and culinary know-how.

“C' is family-friendly and it's very festive, ”said Fabien Cloutier, during an interview. The creator of the Leo seriesclarifies that he listens and has always listened to traditional music.

“It has always been part of what I listen to [all] the year. There are traditional artists who have been of capital importance everywhere and who have been influences for great musicians outside Quebec”, he says.

“They are creators at the top of their game who have taken traditional songs and made them into something new by doing them a capella,” he remarked.

“We must be pretty much the only people who still do that a bit, to associate our traditional culture with the holiday season. Yes, it's a very good time to dive into it, but this music and the trad arts, in all its forms, deserve to live completely year round,” he said.

This can be seen by consulting the banner The 25 trad eventstake place over nine months. It begins at the end of March with Camp Danse-Neige-Espace Trad in Montreal and ends in November with the Festival de musique trad de Val-d'Or.

“It shows that celebrating our roots and music from here can be done all year round. There's also a new generation of creators digging into traditional music and creating new things. Trad music can be expressed in many ways,” he said.

The tale had a powerful effect on Fabien Cloutier. He says he was impressed by a show by storyteller Michel Faubert that he saw at the Théâtre Petit-Champlain. It was when he was studying at the Quebec Conservatory of Dramatic Arts.

“It was a whole new universe that opened up for me. I wanted to be like this guy. This is where I decided to do storytelling which then turned into theatre. It was very inspiring, as a creator, to see him go with ancient texts that have become very contemporary,” he said.

It's a little later, in an event with a flavor trad, the Festival international du conte Jos Violon de Lévis that Fabien Cloutier presented, in 2006, the first drafts of what was to become the solo Scotstown.

Asked about the unmissable events that should not be missed, the ambassador bursts out laughing and plays his role of ambassador to perfection.

“I invite people to go to the site and see which region they want to go to and what type of event they want to discover. It's everywhere. It is a great window for people who want to experience traditional culture and see how it has evolved. It's also a great way to get to know each other better,” he concluded.

You can consult the banner 25 traditional festivals – Take the Getaway at: 25festivals.com