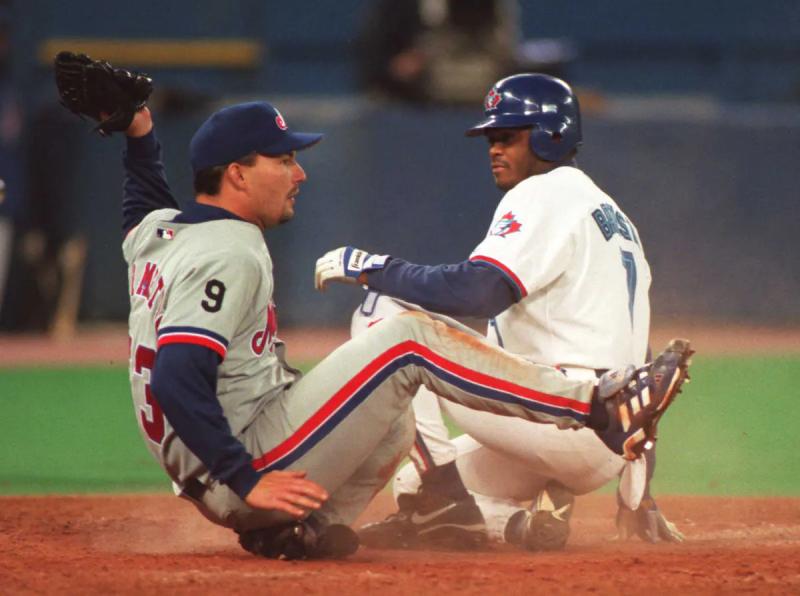 On June 30, 1997, 25 years ago, the Montreal Expos and the Toronto Blue Jays met for the first Canadian game in major league baseball history.&nbsp ;

This historic event was made possible after the introduction of interleague games in 1997.

Expos pitcher Pedro Martinez, on his way to the Cy-Young Trophy of the National League, went a full game, giving up just one run and three hits in nine innings of work in a 2-1 win over the Jays at the SkyDome in Toronto. With 10 strikeouts in the process, he then increased his record to 10-3.

On offense, rookie Vladimir Guerrero set the tone with a solo homer at the start of the second inning . David Segui drove in the Expos' second run in the sixth, then hitting a triple to push Mark Grudzielanek home.

Blue Jays starter Pat Hentgen had, all in all, been at the heart of an excellent pitching duel with Martinez. He also completed the game, allowing six hits in nine innings.

As for Pedro, remember that he completed the 1997 season, his last with the Expos, with a record of 17-8 and an extraordinary 1.90 earned run average. He also had 13 complete games that season.

-The day after that first all-Canadian game, starter Jeff Juden stole the show from his Jays counterpart Roger Clemens. In front of more than 50,000 spectators on Canada Day, the right-hander gave up his first hit of the day in the bottom of the eighth inning in another 2-1 win for the Expos.