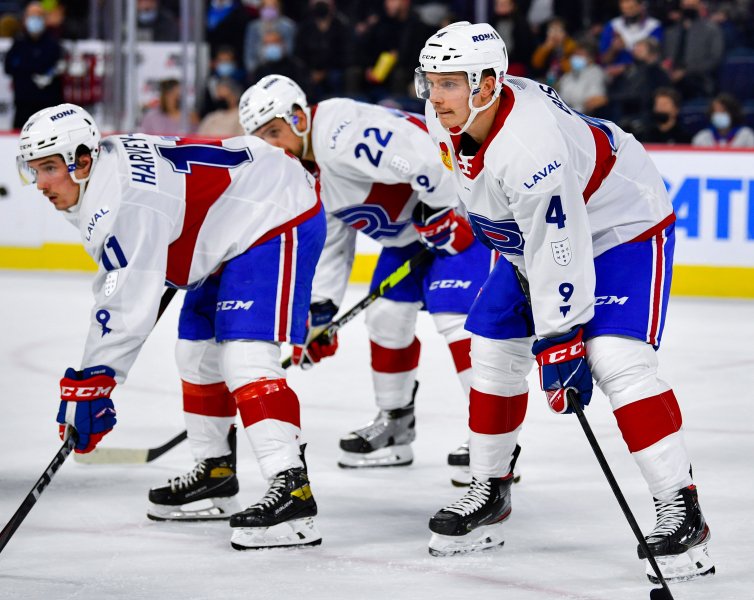 The Laval Rocket came up against an in-form Malcolm Subban in a 3-1 loss to the Rochester Americans at Blue Cross Arena on Wednesday.

The goalkeeper of the local team put on a show by stopping 41 of the visitors' 42 shots. For his part, his vis-à-vis, Kevin Poulin yielded twice in front of only 16 shots.

Linus Weissbach completed the play that made the difference. The forward accepted a quick cross pass before speeding past the Laval goalkeeper in the middle of the third period.

This goal came in reaction to the rapid rise in the opposing zone of Mitchell Stephens, which allowed Lucas Condotta to register his ninth of the season. The latter fired a shot from the face-off circle which escaped the local goalkeeper in the second period.

It was the American team who opened the scoring. It took two short minutes for the hosts to register for the score. Michael Mersch decided to take the shot in a two-on-one, and beat Poulin's vigilance. This same player scored his second goal in an empty cage.

The Rocket's loss is their third in a row and the sixth in their last 10 games.

The next meeting of the men of Jean-François Houle will take place in Syracuse against the Crunch on Friday. They will then return to Laval on Saturday to face the Cleveland Monsters.