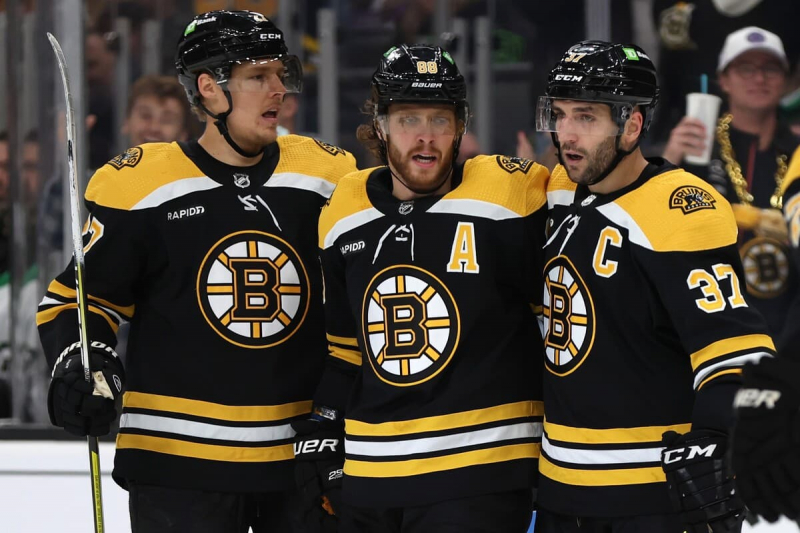 To everyone's surprise, the Boston Bruins sit at the top of the National Hockey League (NHL) standings. David Pastrnak is the biggest architect of this unexpected start to the season, and he contributed to his team's 3-1 victory over the Dallas Stars on Tuesday at TD Garden.

We could expect a rather difficult start to the calendar for Jim Montgomery's men, who must deal without their number 1 defender, Charlie McAvoy, and one of their best forwards, Brad Marchand.

The Boston team instead displays a record of 6-1-0 after seven games, led by veterans Patrice Bergeron, David Krejci and Pastrnak.

The Czech winger, who still has no he valid agreement with the Bruins beyond this season, continued to boost its value in the duel of the day. He scored the team's first goal and was part of the winning net, scored by Taylor Hall.

Pastrnak has 12 points in seven games, placing him among the NHL's leading scorers .

In the first period, he accepted a pass from Hampus Lindholm on the power play from the point of the face-off and deceived the vigilance of Jake Oettinger with a violent one-timer shot. Then, at the end of the second period, he changed roles by serving a skilful crossbar to Hall, who threaded the needle with one knee on the ground.

Bergeron completed the scoring in an empty net.

Rookie Wyatt Johnston provided the reply for the Stars (4-2-1). On the sequence, an act of self-sacrifice by Ty Dellandrea near the opposing cage offered a gaping cage to the Saskatchewanian.

Bratt and the Devils have fun in Detroit

Swedish forward Jesper Bratt led the way with two goals and one assist. The former sixth-round selection is maintaining its pace from the 2021-2022 season so far, where it had 73 points. He has 12 in seven games.

Dawson Mercer, Jack Hughes, Yegor Sharangovich and Nico Hischier also contributed to the war effort by hitting the target. Between the posts for the Red Wings, Alex Nedeljkovic was left to fend for himself, but was still helpless on six of the opposition's 41 attempts.

On the other side of the ice, Vitek Vanecek does a good job the day after a horrifying performance by fellow actor Mackenzie Blackwood. The Czech goalkeeper made 20 saves, only flinching before shots from Dylan Larkin and Dominik Kubalik.