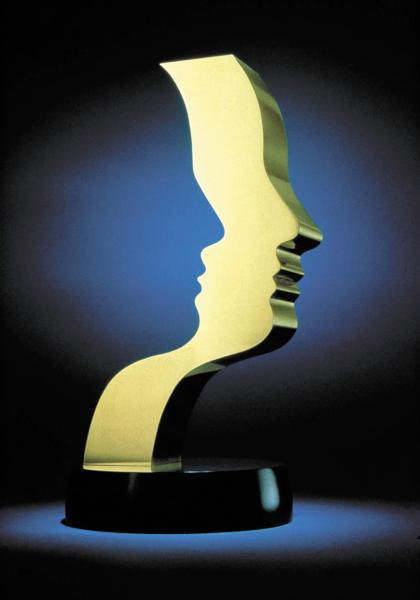 This week, the TV industry is celebrating. Thursday, a first ceremony rewarded the artisans of television and documentary. This Sunday, prizes will be awarded from mid-afternoon during a pre-Gala broadcast on ICI ARTV. In all, more than 140 Gemini will be awarded, including 17 during the gala hosted by Véronique Cloutier in the evening on ICI Télé. Audrey came back and That's how I love you< /strong>, two excellent series, lead the way with 13 nominations each. While the awards are presented by the voting members of the Academy, the public could vote to give an award to the show that stood out in their eyes. The 20 nominees who have captured the imagination of the public and for which you can vote are…

This annual drama series follows the investigations of a special crimes against the person squad. At the same time, we always learn a little more about the lives of its investigators who all have their vulnerabilities. This second season ended with the rape of investigator Lily-Rose by her fellow police officer Manuel Audet. The series garnered six nominations, among others for the interpretations of Danny Gilmore, Frédéric Pierre, Guy Jodoin, Sophie Prégent.

This drama series takes us behind closed doors as a helicopter carrying six important guests to a billionaire's house lands on an island in the middle of nowhere. Every day, a member of the group disappears in strange circumstances relayed in viral videos. The series garners eight nominations including the interpretation of Luc Picard.

This drama series lifts the veil on the rehabilitation of a young woman in a coma for 16 years as she seeks to understand what happened to her, to make up for lost time and to regain her autonomy. The series garners 13 nominations. Denis Bouchard, Florence Longpré, Josée Deschênes, Martin-David Peters, Dominic St-Laurent and Joanie Guérin distinguished themselves.

This evening talk show hosted by Julie Bélanger and José Gaudet (who bowed out at the end of the 12th season) welcomes artists loved. The show garners three nominations.

This series transports us to the suburbs of Quebec in the 1970s when two couples, the Paquettes and the Delisles, defy boredom by improvising as criminals. In this second season, Huguette gains in confidence, a fight takes shape against Montreal and the women stand out. The series garners 13 nominations. We highlighted the performances of Marilyn Castonguay, Steve Laplante and Sophie Desmarais.

A large-scale variety adapted from a South Korean concept, this competition features artists in mind-blowing costumes and fiery staging. Investigating judges must guess their identity. The show garners two nominations.

This annual series revolves around the Goulet farm and its daughters. Marie–Luce holds the fort and brings her family together despite everyone's clumsiness and blunders. His daily life is not a long calm river since murders come to cast shadow on the municipality where the Costas, a branch of the mafia, have settled. All of them become a bit suspicious.

TALKS WITH MY PARENTS – season 4

This comedy brings together an intergenerational audience every week who enjoy seeing the relationship that François Morency has with his parents. In the last season, the comedian consolidated his romantic relationship, Rollande met his idol and Jean-Pierre multiplied his involvement in different groups.

This daily series has set the bar high for its successors. We were more than 1.8 million riveted to our screens to follow the investigations of Commander Chiasson's team. Nothing escaped them. The final season was marked by abrupt departures and questioning. She won five nominations.

LIVE FROM THE UNIVERSE

France Beaudoin and her team never cease to surpass themselves to offer us surprising and moving moments. Despite the pandemic, they were able to maintain generous appointments and unusual musical performances. The year-end special still stands out with its kidnappers, too. The variety garners four nominations for the New Year's Day special and two nominations for the regular season.

This comedy takes place exclusively in the bedrooms of couples of different ages and backgrounds. We can all identify with it in some way. She received six nominations.

This satirical current affairs magazine, which will enter its 23rd season, is still just as relevant as when it started. Jean-René Dufort and his team have a way of picking up what's beyond. Politics under the magnifying glass of Infoman often takes another tangent for our greatest pleasure. The magazine garners five nominations.

It's in his new chalet that Jean-Philippe Dion hosted beloved personalities for 24 hours in order to get through the defining moments of their lives. The atmosphere is friendly, the confidences reveal the great sensitivity of the guests. The interview show garners three nominations.

This drama series has been blowing our minds this season. First, it was necessary to know who had killed Marie-Louise. Then, heavy cases were treated at L'Échappée. Then there was a conspiracy story. Finally, the season left us with what amounts to a sectarian mass suicide. The series garners four nominations.

This drama series has managed to hook us despite the harshness and ingratitude of the environment by giving us access to young people facing illness and who show resilience and solidarity. The final was rich in emotions. The series garners two nominations.

This annual drama series has opened the doors to an unknown universe, that of young mothers or who are in the process of becoming one. There is a great diversity of characters and the richness of the plots of each of the teenagers. The final season revealed more about the life of Christophe who will inherit another series. She garnered nine nominations. The performances of Roy Dupuis, Paul Ahmarani, Marie-Ève ​​Beauregard, Larissa Corriveau and Laurie Babin stood out.

Véronique Cloutier is at the helm of this variety show in which she looks back on pivotal moments in the lives of her guests. Despite the pandemic and without an audience, the show has kept its benevolence, warmth and ingenuity. She received two nominations.

This new kind of dance competition has created a multi-generational gathering. Each week, you could see breathtaking performances even before seeing the famous revolution. She garnered three nominations.

This annual drama series has sensitively tackled the subject of Alzheimer's. Anemone was able to live her last years with all her children who became accomplices. She quietly mourned her memory to take charge of her last moments of life. There were many moving scenes in this final season which garnered four nominations.

Émilie and Clifford are living a true love story with the public. Their love of animals, their investment in their well-being cannot leave us indifferent. They take care of injured, abandoned or end-of-life animals with immense kindness.

►The 37thth Gala des prix Gemini
Sunday 8 p.m. on ICI TV. It is possible to vote for the public prize until 9 p.m. on the evening of the gala. prixdupublicfondscogeco.ca