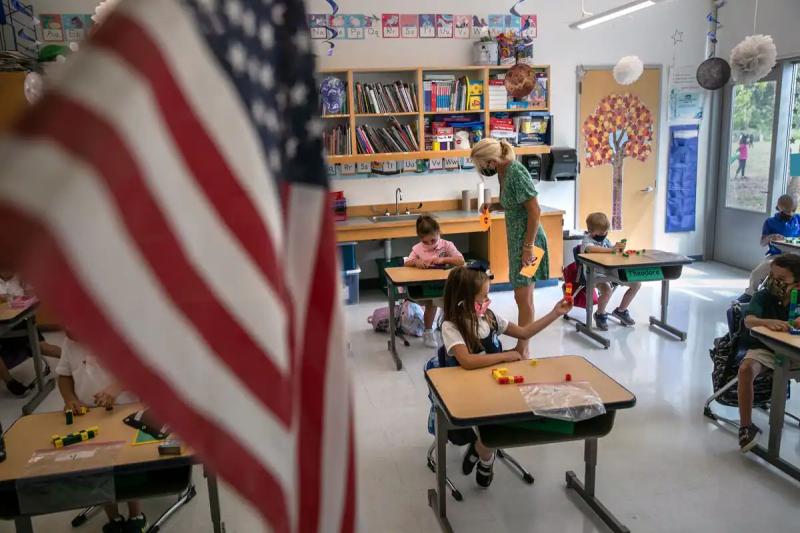 A 4-year-old walked to school with a loaded gun, Texas authorities said Wednesday, days after a similar incident in Arizona as the return to school reignites fear of school killings.

On Wednesday morning, an off-duty officer reported a “4-year-old student was in possession of a loaded handgun” on the grounds of a Corpus Christi elementary school, police said. of this South Texas town.

Investigators have attended the child's home and identified the owners of the gun, his parents, law enforcement added in a statement .

The 30-year-old father was arrested and charged with making a firearm accessible to a child, and abandoning or endangering a minor, Corpus police say Christi.

Massacres regularly mourn American schools. In May, America was marked by the massacre in Uvalde, Texas, in which 19 children and two teachers died.

On Monday, a 7-year-old student presented himself at the school with a gun in his backpack and some ammunition, according to the Cochise, Arizona, sheriff's office.

After the child's father reported the disappearance of another of his pistols, a second weapon had been discovered, hidden in the administrative premises of the school.

“Questioned, the parents affirmed that the weapons had been placed in what they believed to be a safe place , away from the children (…), but it appears that the young student was able to access it and bring the weapons to the school, ”the Cochise Sheriff's Office said in a statement Thursday.

The child will be tried in juvenile court, he added.

Nearly 400 million guns are in circulation in the United States – more than the number of inhabitants.