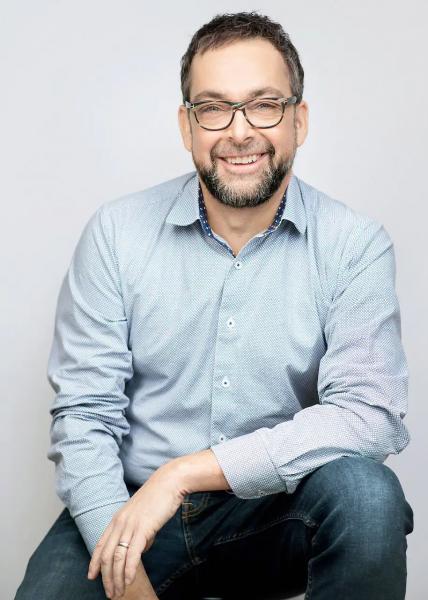 Content producer and director of development at KOTV, Dominic Anctil is associated with numerous TV projects including L'œil du cyclone and Between two sheets. At the same time, he directs comedians like his brother, Jean-Michel, or Philippe Laprise, comedy galas and shows such as 1res fois. He will be on his 4thGemini Awards Gala. If he can't say too much, his enthusiasm confirms the pleasure, the heart and the energy he puts into it with the whole team.

You can say that it's finally a gala after COVID. Is this a return to normal for you?

Indeed, we will find a full room. There will be reactions. There will be no distancing. But it gave us ideas to do things differently. Having them named on stage helps cut the soft end of when people get up, hug, walk to the front. On stage we see their beautiful dresses, their beautiful clothes. We also gain from seeing their emotions right away. We wanted to keep that spirit. But we wanted to bring back the festive spirit. It's a rare moment when people from all networks are together. It's a happening.

For the texts, you called on a newcomer, Pascale Renaud-Hébert. Is there a desire to change the tone of the gala?

It's the desire to have a breath of fresh air. Pascale has written several series (Do you hear me?, Forever more one day, Chaos). She also plays a lot as an actress. The tone will be different. This is a proposal that we fully accept. There is a quirky, surprising side. I have the impression that we are revisiting the formula. We even revisited the Maisonneuve room. There will be a more Golden Globes side. A gala is a big laboratory. We have the privilege of trying things out as part of an award ceremony. At each event, the death of galas is announced. We're gonna have fun with that. There will be a lot of love for people in the industry.

The shows that garnered the most nominations were seen on paid platforms. Is it a challenge to present series that may not have found their audience yet?

The job of the gala is to make people want to watch TV, see the series, pique their curiosity. All the better if some of them are to come. We have a hybrid listening mode, it's the gala of all productions. We try to be representative for everyone without it being to the detriment of the show.

You have been working with Véronique Cloutier for a long time. We have the impression that in recent years, she has dared more and no longer necessarily seeks unanimity.

Véronique has a lot of self-mockery. She is completely accepted. She is comfortable, at peace. She loves the world, she loves TV. We arrive with a more offbeat proposal and she is the first to say “Go, let’s go!” She's a gang girl. We may lose people along the way, but we are doing this gala for the world. Véronique knows that creating is choosing.

As we have said, some people question the relevance of galas. Do we think about it when we create one?

We will know the position of Véronique in the opening number. This will be an inventory. It might be surprising. You know, even if there was no more gala, we would continue to work. It is believed that excellence in TV production has exploded during the pandemic and should be applauded. People are watching TV. They like it. It is also a big back-to-school happening. And they are free to watch us or not!