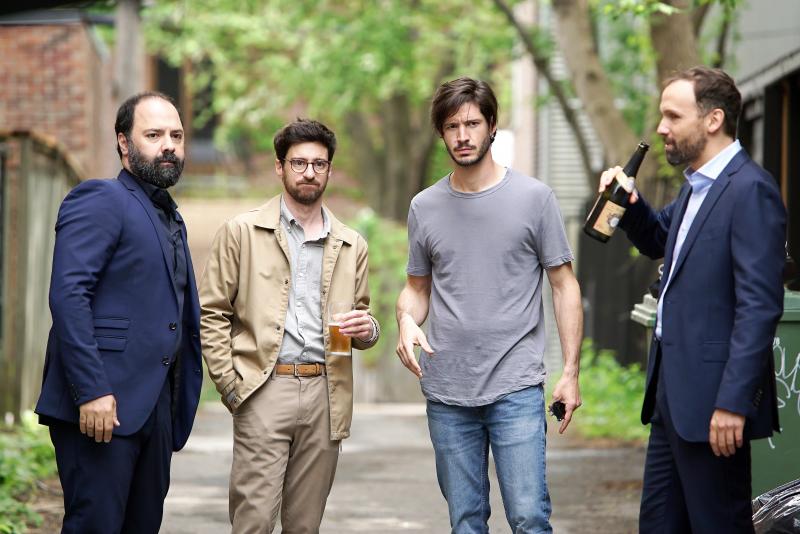 Filmmaker, screenwriter and director Stéphane Lapointe has made his mark on the small and big screens. On TV, we owe him the series All about me, Let go and Miscellaneous Facts. He is currently directing Patrick Senécal presents(Club illico), A Criminal Case (Noovo) and Before the Crash (Radio Canada). At the same time, he is working on a first animated film, Freaktown, and is collaborating on the next album by his wife Mimoza H, as a music lover. that it is. It's on the set of Miscellaneous Factsthat he met Éric Bruneau while writing Before the Crash with Kim Lévesque-Lizotte. As he says, they had a professional crush. Result: a particularly current existential thriller, humanly confronting and visually polished.

You are the scriptwriter of your own projects. How do you manage to enter the universe of other authors while leaving your mark as a director?

First I fell in love with the text. I would have liked to write it. We are neither with the police nor in a hospital. It's a rare show. Even if we are in an intense environment (that of finance), it deals with humans on planet Earth, how we push ourselves to the limit to surpass ourselves and how it alters our personal relationships in friendship or in love. . My job is to maximize the full potential of the script. Camera movements, choice of lenses, choice of locations, actors, there are a thousand and one decisions to feed the series. I always like when the author is surprised.

The series has a very cinematic feel. Close-ups, blurry shots, low-angle shots, how did you work on the visual aspect?

The idea was to place the camera frame to talk about what the character is going through internally. In each scene we take the point of view of the central character. The camera movements, the direction of the actor, the music, everything converges towards the feeling of the character. My job is also to make scenes that wouldn't necessarily be sexy on paper. The world of finance is the backdrop, but the stock market and the numbers, who cares. It is the human first and foremost that matters. This is not a cold or cerebral show.

There is a notion of suspense. At the beginning of each episode, we see the scarred face of Marc-André (Éric Bruneau) and we wonder what led him there.

I really like the suspense . In any kind of series, you need a little tension. I love creating this. It's the glue to keep the viewer in his seat as Hitchcock said. Before the crash is an existential thriller. We find out what they are after.

How do you direct the actors? Especially since one of them is the creator of the series.

At the beginning, I only do a mise en place. I say almost nothing to them. From their proposal, we polish. The actors are so prepared. These are the encyclopedias of their characters. We work on the unsaid. Sometimes we look for a way to puncher a scene. Directing someone who wrote the text could have been touchy, but not with Eric. He is an excellent accomplice and a generous being. He likes to have notes, to be directed, he lets himself go. He is also the first to suggest things if there is something to change. Since it was his first series, he saw immediately when a dialogue was too long. All the actors are Stradivarius. They are perfect. Émile (Proulx-Cloutier, who plays François), there is a dramatic transformation in his eye. He's such a nice guy who turns into a financial shark. It's impressive.

The pandemic has changed, in some cases, the way we see life. Conversely, we talk a lot about the economy in the current context, which is not encouraging. What direction do you think the series will take?

There are societal choices that we humanly have to make. The series shows us up to a certain level the absurdity in which we are. We are all a little out of breath. We do not offer an answer, but certainly leads to questions to perhaps make the necessary decisions.

Before the crash Mondays at 9 p.m. on ICI TV