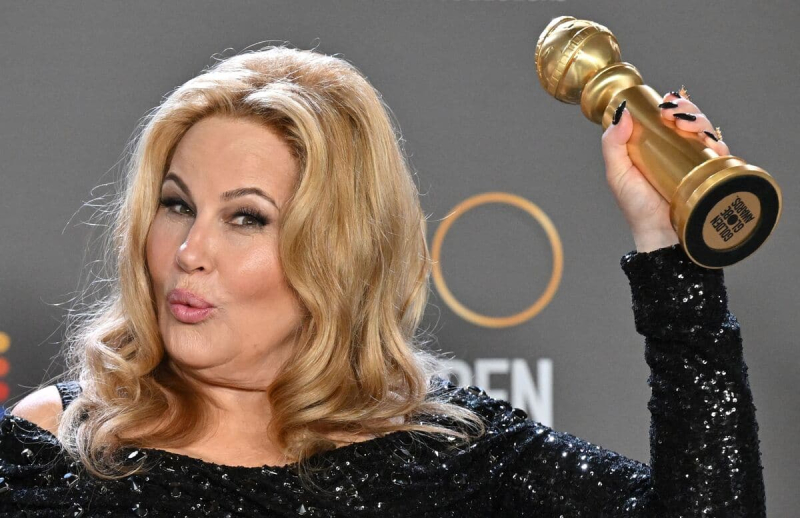 The 80th Golden Globes ceremony was held Tuesday night in Beverly Hills, California. After an edition canceled following accusations of racism, sexism and corruption towards the Hollywood Foreign Press Association last year, the ceremony went smoothly and smoothly. A look back at five highlights of this scandal-free evening.

There's a reason Jennifer Coolidge's name has been trending on social media since Tuesday night. The White Lotus actresscharmed All-Hollywood – and all viewers – with her human, funny, moving and refreshing acceptance speech following her victory as best actress in a television series. Her three-minute monologue preceding her presentation of the award for Best Supporting Actor in a Television Series – discussing all the reasons why she was not the right person to come and present this award – had the crowd of stars in attendance laughing out loud .

Eddie Murphy's joke about Will Smith

Honored for his entire career, the comedian Eddie Murphy was not going to miss such a great opportunity to return to the infamous slap that Will Smith had struck Chris Rock during the last Oscars ceremony. “There is a real blueprint you can follow to achieve success, prosperity, longevity and peace of mind,” he said. There are three things to do: pay your taxes, mind your own business, and keep the name of Will Smith's wife out of your fucking mouth!”

The Best Supporting Actor award went to Vietnamese-American actor Ke Huy Quan for his role in the movie Everything Everywhere All at Once. Very moved, he thanked the director Steven Spielberg who had offered him his first chance in the film Indiana Jones and the Temple of Doomwhen he was 12 years old. The 51-year-old actor moved us with his moving speech in which he said he was relieved to be confirmed today that he was not, after all, just a child star.

Take the time to check out the photo or even the video clip of Jamie Lee Curtis' reaction when his friend and colleague, Malaysian actress Michelle Yeoh, won the Best Actress in a Comedy statuette. The 64-year-old actress' explosion of joy is the one everyone wants to see on the face of a loved one if they ever win a trophy. A magical little moment for the Everything Everywhere All at Once co-stars.

Writer, producer and director Ryan Murphy received the Carol Burnett Tribute Award for his contribution to the television industry. Ikl took the liberty of delivering a ten-minute speech that he knew how to use in a way that was as intelligent as it was touching, in particular by emphasizing “that it is difficult to be an LGBT child in America… but it there is a way forward”. In addition to highlighting the importance of freedom in love, society and the arts, he wanted those in attendance to give a standing ovation to MJ Rodriguez, the first trans woman to receive a Golden Globe in 2022. (event that was not televised).