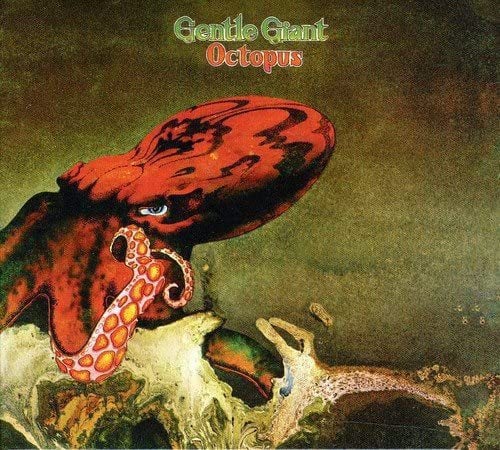 After grabbing attention with the titles Funny Ways, Prologue and Schooldays, British band Gentle Giant is making a name for itself among progressive rock fans with Octopus. An opus which celebrates its 50th anniversary.

Launched on December 1, 1972, this short album which totals 34 minutes is the fourth of the group which ceased operations in 1980.

Founded in 1970, Gentle Giant merges rock, folk, soul, jazz, classical and medieval music and, due to the complexity of their music, attracts the attention of progressive rock fans.

Octopustakes its name from an idea of ​​the wife of multi-instrumentalist Phil Shulman. The idea was to create eight pieces referring to the personality of each of the six members of the formation and two people around them.

This basic idea then evolved and was transformed. Only River, a description of the very “hippie” guitarist Gary Green, and Dog's Life, which deals with the difficult life of “roadies”, are related to the original theme. .

The Advent of Panurge, which opens the album, quickly became a key piece in the repertoire of the formation made up of brothers Derek, Phil and Ray Shulman, Gary Green, Kerry Minnear and John Weathers. Like The Boys in the Band,

Knots, the fourth piece of Octopus, is a signature piece of the quintet which features unique and particularly complex vocal arrangements.

Octopus, according to Ray Shulman, is, with perhaps Acquiring the Taste , Gentle Giant's best album. It was produced by the members of the band.

“I remember that we were very confident when we started writing this album. We had a good set of pieces and our skills in the studio, especially Ray's, were improving. We continued to explore with combinations of instruments, sounds and effects, exchanging ideas with engineer Martin Rushent who embarked on our madness,” said guitarist Gary Green, in 2012, in an interview published on the Ultimate Classic Rock website.