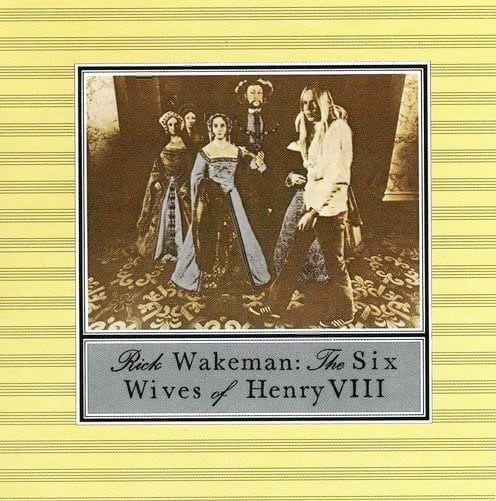 After making a remarkable entry into the British group Yes, keyboardist Rick Wakeman, inspired by the wives of King Henry VIII of England, launched a first solo album with original material. This opus, The Six Wives of Henry VIII, will celebrate its 50th anniversary on Monday.

Released on January 23, 1973, this album marks the start of a prolific solo career for the English musician with several opuses and sales exceeding 50 million albums.

Wakeman had launched, in 1971, Piano Improvisations, an album of covers, with titles by Elton John, James Taylor and Leon Russell which went unnoticed. The musician, at the time, was part of the band The Strawbs. Her name isn't even on the cover.

The idea for The Six Wives of Henry VIII< /em>took shape following a purchase of a book at the airport in Richmond, Virginia. Rick Wakeman was in town on September 27, 1972, on the Yes Close to the Edge tour.

“There was no no iPods, CDs or portable cassette players to keep you busy. When you arrived at an airport, you bought a book,” he said in an interview published in October 2021 in the daily Lockport Union-Sun & Newspaper from New York.

During the Close to the Edge tour, with Yes, the A&M label offered a five-album deal to Rick Wakeman. The musician had no idea, however, what he was up to put on that debut album with A&M.

The 23-year-old keyboardist found himself in a small shop where there had few books. Wakeman, who is interested in history, acquired The Private Life of Henry VIII by Nancy Brysson Morrison.

“I started reading it on the plane and a melody came to mind while reading about Anne Boleyn. I wrote the song down in a small script, continued reading, and another idea popped up. I have found these wives to be very musical and inspiring. Everything fell into place quickly,” added the keyboardist.

The pieces relate to the six wives of the King of England and Ireland, from 1509 until his death in 1547, known also as Bluebeard.

The opus reached number 7 on the UK charts and number 30 on the Billboard 200 in the United States.

The musician believes he benefited from a change in programming at TV in England to achieve this success.

Andy Warhol's controversial Blue Movie was due to air on UK channel ITV, but it was pulled at the last minute . At the same time, on BBC 2 TV, Rick Wakeman was presenting excerpts from his album on The Old Gray Whistle Test.

“It looks like the most people didn't want to see a cover […] and they changed stations. I couldn't ask for more than that,” he mentioned in the book Rick Wakeman: The Caped Crusader, published in 1979.