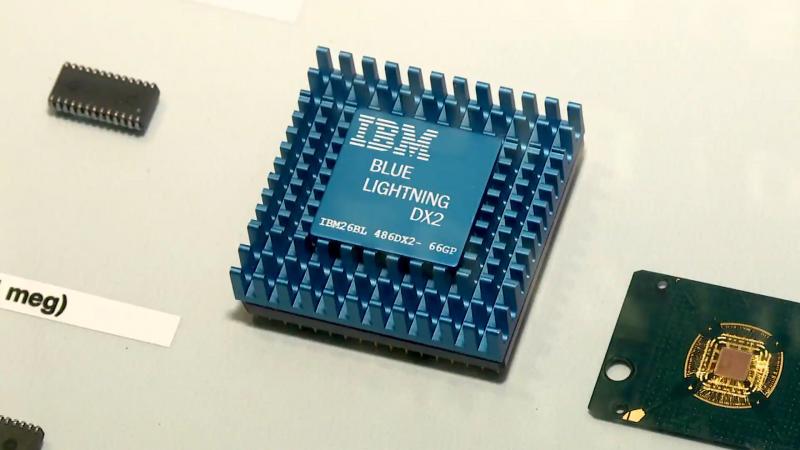 The IBM plant in Bromont has held its own among all these world competitors over the years and is celebrating its 50th anniversary today.

“At the very beginning of Bromont, it was a long time before it started and it was really IBM that was the first company to put Bromont on the map,” said the mayor of Bromont, all smiles, Louis Villeneuve.

The media were invited today to a special celebration at the Bromont plant, a rare foray into the walls of IBM.

In 50 years, the plant has welcomed the first cohort all-female engineers in Quebec.

The factory assembles microprocessors which are then scattered all over its servers. These technologies are used in particular in the aviation sector for the geolocation of aircraft in order to avoid any accident, Air Canada being one of the company's largest customers. It also serves nearly 97% of the 100 largest banks in the world and ensures the operation of transactions through its security and reliability.

The plant is the only one in the world to assemble microprocessors for its servers. “That IBM was able to do well in a global fight with Europeans and Asians to build its chips is like a kind of Gallic factory that does well thanks to its innovation, its leaders, its leadership and its employees,” added the Minister responsible for Estrie, François Bonnardel, who was in the region on Tuesday morning for the special event.

TVA Nouvelles was also able to discuss with an employee who has worked for 29 years in the IBM plant. A success marked by “teamwork and the atmosphere”, he mentions.

The factory, with an area of ​​80,000 square feet or 11 football fields, hires nearly of 1000 employees. Asked about an upcoming expansion, plant manager Stéphane Tremblay does not see the point for the moment; the facilities are fully satisfactory at the moment.

In 2023, IMB will present its brand new revolutionary jewel, a quantum computer infinitely more powerful than a classical computer. This model will be the second in Canada and the fourth outside the United States, a very important technological advance for the country, which many would dream of having.