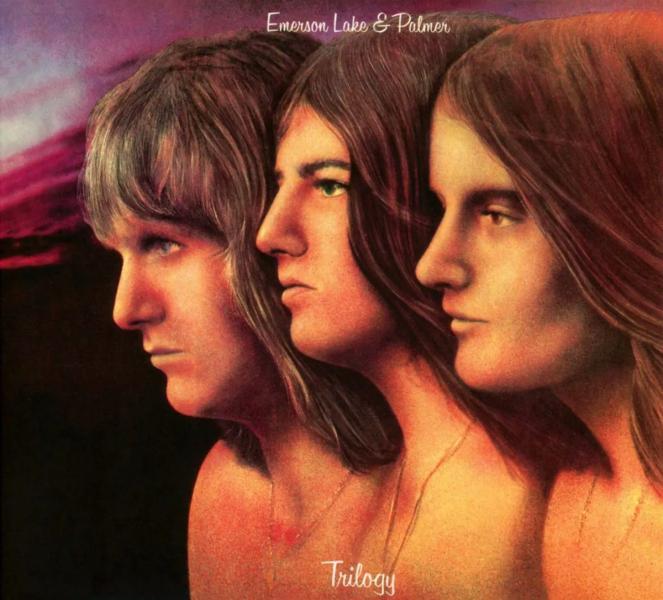 After the tours to promote the Tarkus albums and the live album< em>Pictures at an Exhibition, Emerson, Lake & Palmer was entering the studio in London for what would prove to be the most complex experiment in their young history. The album Trilogy, on which we find the hit From the Beginning< /strong>, is 50 years old.

Launched on July 6, 1972, the English trio will reach heights of popularity with this album. This opus is a return to more traditional progressive rock sounds after a foray into the classic with the adaptation of Pictures at an Exhibition by Russian composer Mussorgsky.

Trilogy will reach number two on the charts in the UK, Finland and Italy. It will climb to number four in Norway, Japan and the Netherlands and number five in Canada and the United States.

The piece From the Beginning was, with a 39th position, the band's most popular single in the United States.

Recorded in February and March 1972, this third studio album by Emerson, Lake & Palmer was the favorite of vocalist, bassist and guitarist Greg Lake, who died in December 2016.

When entering Advision Studios, ELP will have to deny separation rumors that were beginning to circulate. Before embarking on the creation of Trilogy, Keith Emerson, Greg Lake and Carl Palmer had turned down an enticing offer to compose the soundtrack for a documentary on Formula 1 driver Juan Manual Fangio.< /p>

Trilogy, on which we find The Endless Enigma, Fugue, the single From the Beginning, Hoedown, The Sheriff, Living Sin, the title track Trilogy and Abaddon's Bolero, was, again, produced by bassist, guitarist and singer Greg Lake.

The title Hoedown then launched all the concerts of the trio between the years 1972 and 1974. This piece is an adaptation of the piece Hoe-Down from the ballet Rodeoby American classical composer Aaron Copeland written in 1942.

In a text published in the pages of Rolling Stone magazine, on the ten essential songs of ELP, it is said that the keyboardist Keith Emerson began adapting Hoedown after attending a classical music festival in Romania. “The synth sound, signature of the piece, arrived by accident, when I activated a blue button”, he mentioned.

One last at the Stadium

Trilogy turned out to be a complex album to record due to the precision required, the many details found in the arrangements and the large number of layers of recordings that are present.

The element of novelty and discovery were, for the late Keith Emerson, major and important elements.

“I try to address all kinds of things in my music and there is still a lot to discover. It is important for those who listen to music to discover new things. It's one of the most important things in music,” the keyboardist told Rolling Stone.

Abaddon's Bolero, which concludes Trilogy, has been performed very little live. Greg Lake took care of a Mellotron and an additional synthesizer to accompany Keith Emerson. There was also a portion of pre-recorded keyboards. This eight-minute piece was removed from the repertoire, when the tape got stuck in the middle of this song.

The trio performed it again, at the start of their tour Works and one last time, during the legendary show at the Olympic Stadium, in front of 78,000 spectators, where the trio was accompanied by a symphony orchestra. An experience that ended after 18 shows.

Spanish painter Salvador Dali was approached to design the cover. He had demanded $50,000 and his proposal was refused.