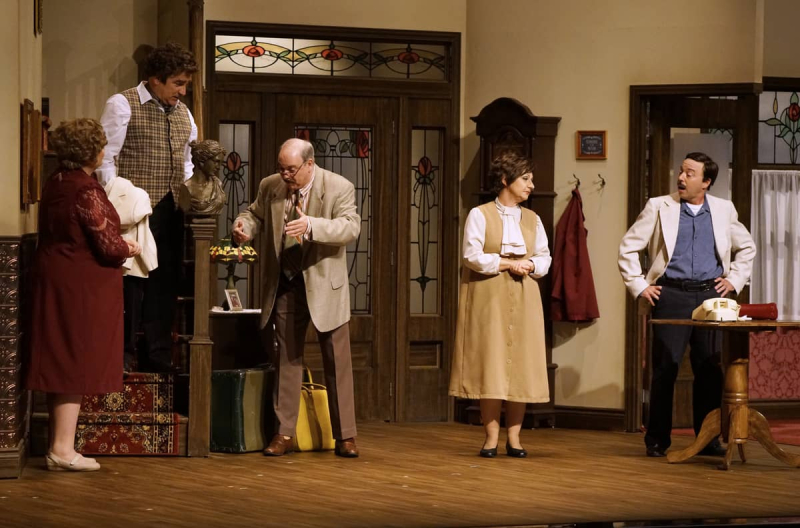 The great adventure of the play “Symphorien”, adapted from the hit comedy of the same name broadcast on Télé-Métropole in the 1970s, is undeniable.

The troupe learned last Saturday on the stage of the Théâtre Maisonneuve, in Montreal, that 50,000 tickets had been sold to date. And it's not over, since additional ones are added and the tour will continue next summer. Dates have even already been reserved for 2024.

“Symphorien” allows us to rediscover the characters so beloved by Quebecers, created at the time by Marcel Gamache. Mrs. Sylvain is therefore back, she who operates a rooming house. The same goes for Mlle L'Espérance, Oscar Bellemarre, Éphrem and, of course, Symphorien.

Directed by Louis Saia and Pierre Séguin and written by Pierre Huet and Louis Saia, the play “Symphorien” is relies on the talent of actors Anne-Marie Binette, François Chénier, Patrice Coquereau, Stéphan Côté, Martin Héroux, Michelle Labonté and Nathalie Mallette. April 5 and 6), where the play has already been sold out four times, as well as at the Cabaret du Casino de Montréal (February 22 and 23, 2024).

Performances are also scheduled planned during the warm season in Sherbrooke, Trois-Rivières, Victoriaville, Sainte-Thérèse and Saint-Eustache.

All dates and information are available online [symphorienlapiece.com].