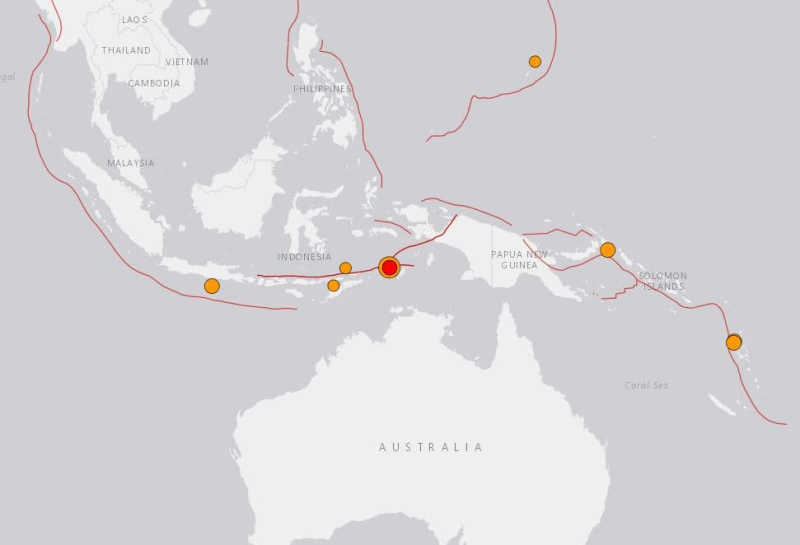 A 7.6-magnitude earthquake struck deep in the ocean off Indonesia and East Timor on Tuesday, according to the United States Seismological Institute (USGS).  &nbsp ;

The epicenter of the earthquake is located 427 kilometers south of the Indonesian island of Ambon, 95 kilometers deep, the institute said.

It also reported aftershocks. 'a magnitude of 5.5.

“I was in bed when I felt a slight tremor. I got up and realized that many of my friends had felt it too,” Hamdi, an Indonesian from Ambon, told AFP.

Indonesia is experiencing seismic activity frequent due to its position on the Pacific “Ring of Fire”, where tectonic plates collide.

On November 21, a magnitude 5.6 earthquake killed 602 people when it hit the populated province of West Java, on the main island of Java.

As for December 26, 2004, a major earthquake off Sumatra triggered an Indian Ocean tsunami that killed more than 230 000 people as far as Sri Lanka, India and Thailand.

This powerful earthquake of magnitude 9.1 had caused gigantic waves, reaching up to 30 meters in height, which had hit the shore of Banda Aceh, North Sumatra Island.