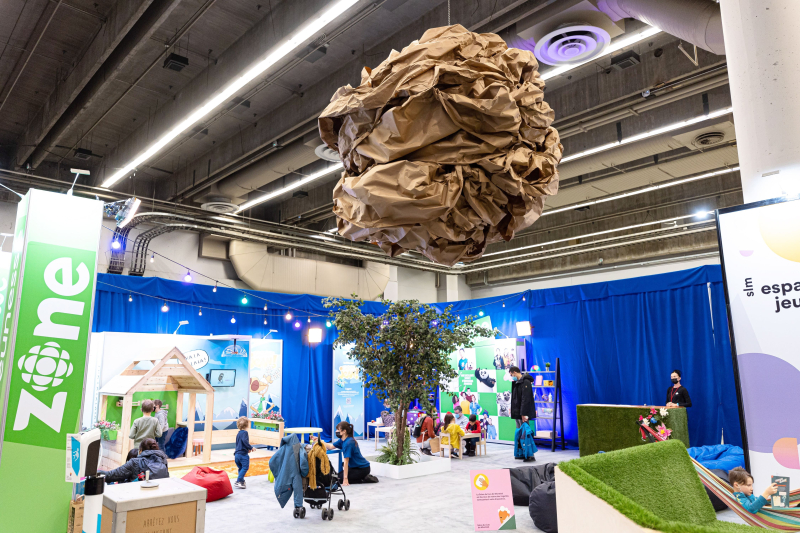 The Salon du livre de Montréal will be held at the Palais des Congrès from Wednesday to Sunday. If this great event – finally offered in its original post-COVID format – allows the public to make beautiful literary discoveries, it also offers them beautiful Christmas gifts in advance: the chance to meet Quebec personalities from the world of music , film and television. Here are 7 who will be part of the party.

The singer-songwriter Daniel Bélanger has found the time, between his new album Mercure et mai, his concerts and his various projects, to produce a collection of poetry called Heavyweight. (Editions Red Herbs). The singer will take part in a major interview on November 23 at 4:30 p.m. at the Espace littéraire.

Béatrice Martin alias the singer and musician Cœur de Pirate presents her youth album CLOU, we are all different. This is the story of a little dog who tries to find his place in a new group of friends and who will be guided on the path to friendship, despite the differences. Signings on November 25 at 5 p.m. and 6:45 p.m. and interview at 6 p.m. at Espace jeunesse Desjardins.

Comedian and actress Mariana Mazza tells us about her childhood and her family memories in her first novel: Montréal-Nord published by Québec Amérique. Signings on November 24 at 7 p.m., November 25 at 7 p.m. and November 26 at 6:30 p.m. and a great interview at 5:45 p.m. at the Agora.

International star Bruno Pelletier tells the story of writer Samuel Larochelle in his biography entitled It came to time… And he will be in Montreal to meet his many admirers of all generations. Signings on November 26 and 27 at 1:30 p.m. and 3 p.m. and a great interview with the author on November 27 at 2:15 p.m.

She was Born to Sing, that's why singer and host Shirley Théroux recounts her memoirs in this very interesting biography written by Caroline St-Hilaire. If you like to read the story of her good and less good moments in her career and personal life, there is nothing like meeting this great lady in person to feel her wonderful joie de vivre! Signings on November 26 at 2:30 p.m. and November 27 at 1 p.m.

It's always impressive to meet people you admire and that's certainly the case for many of the admirers of the acclaimed feminist filmmaker and author. We take the opportunity to get his latest luminous novel: Woman river. Signings on November 27 at 1 p.m. and major interview the same day at 11 a.m.

► To find out all about the Salon du livre 2022 which will is held at the Palais des Congrès until Sunday (tickets, schedule, special events): https://www.salondulivredemontreal.com/.